Priyanka Chopra And Nick Jonas To Feature In A Song Together: Reports

"Nick Jonas is thinking of doing a song with Priyanka," a source said 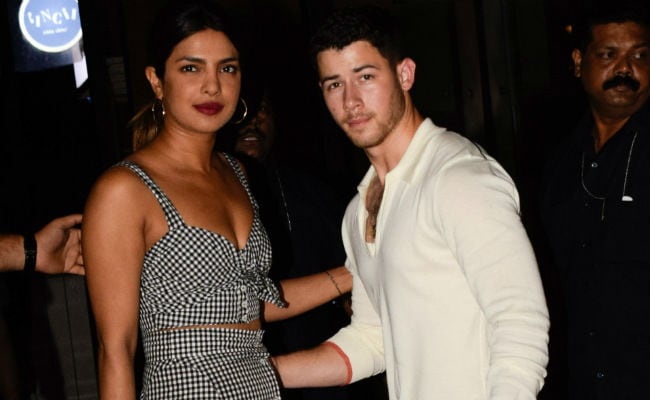 Rumoured couple Priyanka Chopra and Nick Jonas often find a spot on the trends list. This morning, it was widely reported that Priyanka has been cast opposite Chris Pratt for Universal Pictures' Cowboy Ninja Viking and now, it is believed that she and Nick Jonas might feature together in a song. "Nick is thinking of doing a song with Priyanka," a source told Hindustan Times. Actress Priyanka Chopra and American singer Nick Jonas reportedly got engaged earlier this month. Priyanka, who had launched her debut music album In My city in 2012, will also reportedly sing in the video. She had also sung a Marathi song for her film Ventilator. "She'll not just feature in the video, but might also lend her voice. Things are at a nascent stage," the source told Hindustan Times.

Priyanka Chopra recently quit her highly-anticipated film Bharat opposite Salman Khan for a 'very, very special reason.' Just at the same time, People Magazine and E! reported that Priyanka and Nick had got engaged on her birthday some days earlier in London. While Nick and the engagement were cited to be the reasons behind Priyanka's exit, later, it was reported that she might have actually dropped out of the project because of her salary and "last minute additions" to the cast.

Priyanka and Nick first met at last year's Met Gala. Some months ago, they were spotted at a yacht party with friends. Priyanka was Nick's plus one at his cousin's wedding and he later accompanied her to India. Together, they went to Goa for a holiday with the actress' family and Priyanka also took Nick to Akash Ambani and Shloka Mehta's engagement party in Mumbai.

The Sky Is Pink is Priyanka's only Hindi film for now and she will begin shooting soon.