Priyanka Chopra has reportedly signed a film opposite Chris Pratt 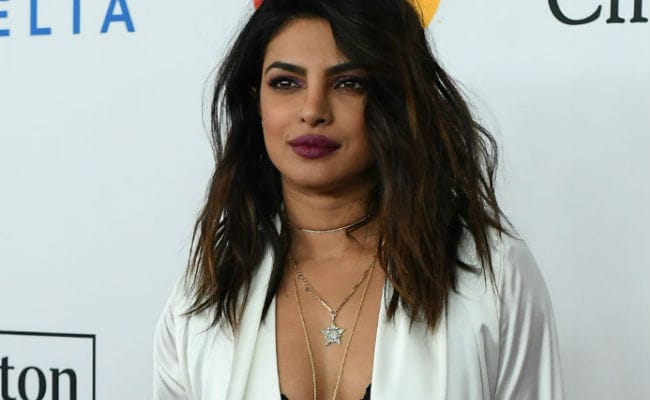 Last week, the Internet didn't quite believe that the very professional Priyanka Chopra had quit Salman Khan's Bharat to get married (to rumoured boyfriend Nick Jonas). Now, it seems even more unlikely after a report claims Priyanka has been cast opposite a Guardian Of The Galaxy. As per latest intel published in The Hollywood Reporter, the 36-year-old actress has signed Universal Pictures' Cowboy Ninja Viking, in which she will be seen opposite Chris Pratt, who shot to stardom in blockbusters such as Jurassic World, the Guardians Of The Galaxy films and Avengers: Infinity War. "Good for her," said a Priyanka fan on Twitter. Another added; "(Priyanka is) one lady who is not a trophy or puppet of #Bollywood "males". Respect! Go Priyanka."

One lady who is not a trophy or puppet of #Bollywood "males". Respect! Go Priyanka!!!

Priyanka Chopra quit Bharat, starring Salman Khan, on an amicable note. Director Ali Abbas Zafar in his tweet announcing Priyanka's exit said: "The reason is very, very special. She told us in the Nick of time about her decision and we are very happy for her." Ali's tweet fell into place when People Magazine and E! reported that Priyanka and singer Nick Jonas had gotten engaged on her birthday some days earlier. Later, it was reported that Priyanka had actually dropped out of the project because of her salary and "last minute additions" to the cast.

Bharat also stars Disha Patani and Tabu and the film is expected to release on Eid 2019. It is the Hindi adaptation of South Korean film Ode To My Father.

Meanwhile, Cowboy Ninja Viking will be directed by Michelle MacLaren (Game Of Thrones and Breaking Bad). The filmmakers are aiming for a June 2019 release.

Priyanka Chopra has three Hollywood films on her resume already - Baywatch, A Kid Like Jake and Isn't It Romantic. Priyanka has also signed Shonali Bose's The Sky Is Pink, opposite Farhan Akhtar.