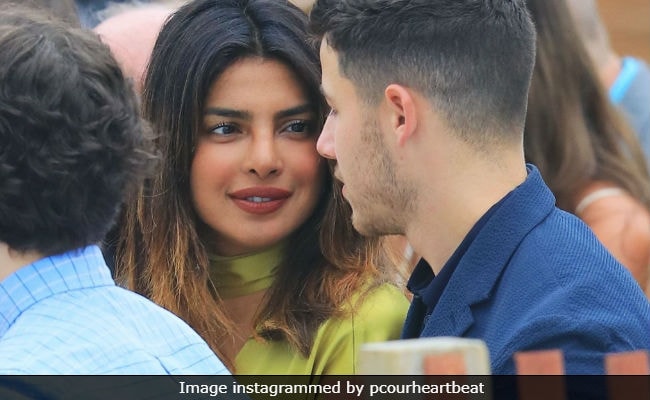 New Delhi: Priyanka Chopra and Nick Jonas' rumoured romance has upset the 25-year-old singer's ex-girlfriend Delta Goodrem, who was reportedly "heartbroken." Pictures of Nick Jonas and Priyanka Chopra have trended on again and off again and it appears to be affecting Delta, who is an Australian singer and actress. As per a Women's Day Magazine report, Delta was keen on reviving her relationship with Nick Jonas (the couple dated for a little less than a year between 2011 and 2012) but her hopes were trashed after reports of Priyanka Chopra dating Jonas spread like wildfire. A source told the magazine: "Delta was left heartbroken. She feels she can't compete with a hottie from Hollywood (Baywatch), whose best friends are royals (Priyanka is Meghan Markle's friend and also attended the royal wedding)."

As per the magazine source, Nick Jonas and Delta Goodrem remained in touch after their break-up via messages and FaceTime. "Delta started to have feelings for Nick again. They stayed in touch via text and FaceTime after he left, and he promised he'd be back. Delta wanted to wait and confess her renewed feelings for him face-to-face," the source said.

Reports of Priyanka Chopra and Nick Jonas relationship status made headlines after pictures from their yacht outing went crazy viral in May. After that they've been spotted together several times and Priyanka even attended Nick's cousin's wedding.

These photos are cute I had to post #priyankachopra #nickjonas

I don't know when was this but I just know these pics exists lmao I can't keep up. #priyankachopra #nickjonas