Priyanka Chopra and Nick Jonas made a stunning entry to their Mumbai reception on Wednesday night and what's the word? Oh yes, they were such a fabulous sight together! Priyanka made a head-turning appearance at the photo-op area in a blue lehenga from the shelves of Sabyasachi - she added such a cool twist to her traditional look by pairing it with a corset-styled choli. Priyanka, who styled her hair in a bun, added just the right amount of glitter to her new-bride look with a heavy necklace and earrings, also from the collections of the same designer. Nick Jonas was smart and suave in a neat suited look. Priyanka and Nick made for some adorable photos as they just couldn't stop giggling and being cute. Aww, these two! 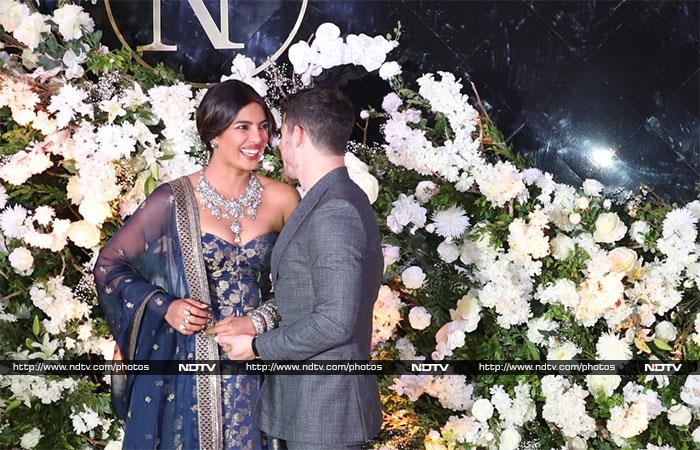 Priyanka and Nick light up Mumbai 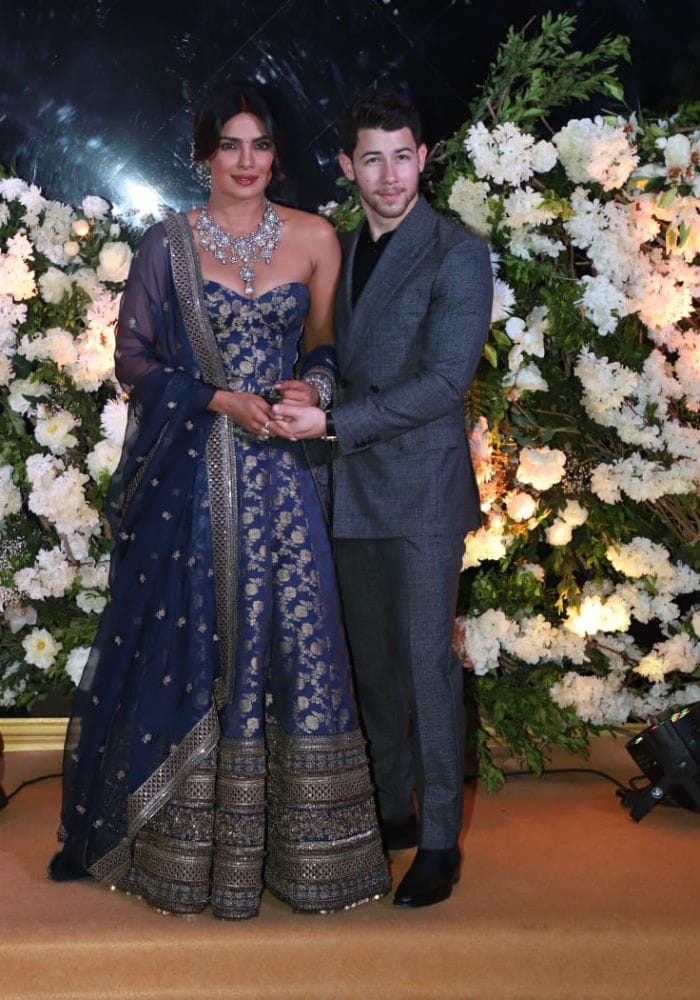 Priyanka Chopra and Nick Jonas at their Mumbai reception

Check out the photos of the newlyweds here. Nick is such a gentleman - he escorted Priyanka up the stage and then the couple appeared to share a light moment when in the spotlight. Guys, we also want to know what the joke was! 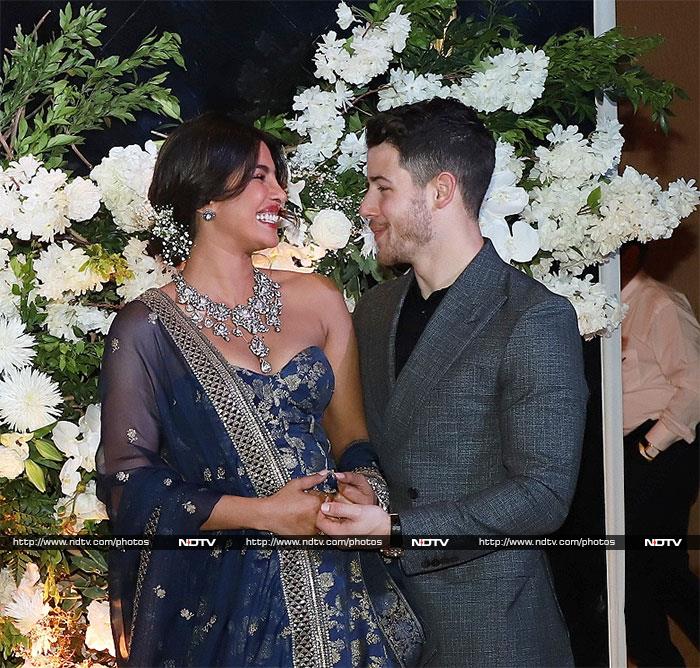 Priyanka and Nick in Mumbai 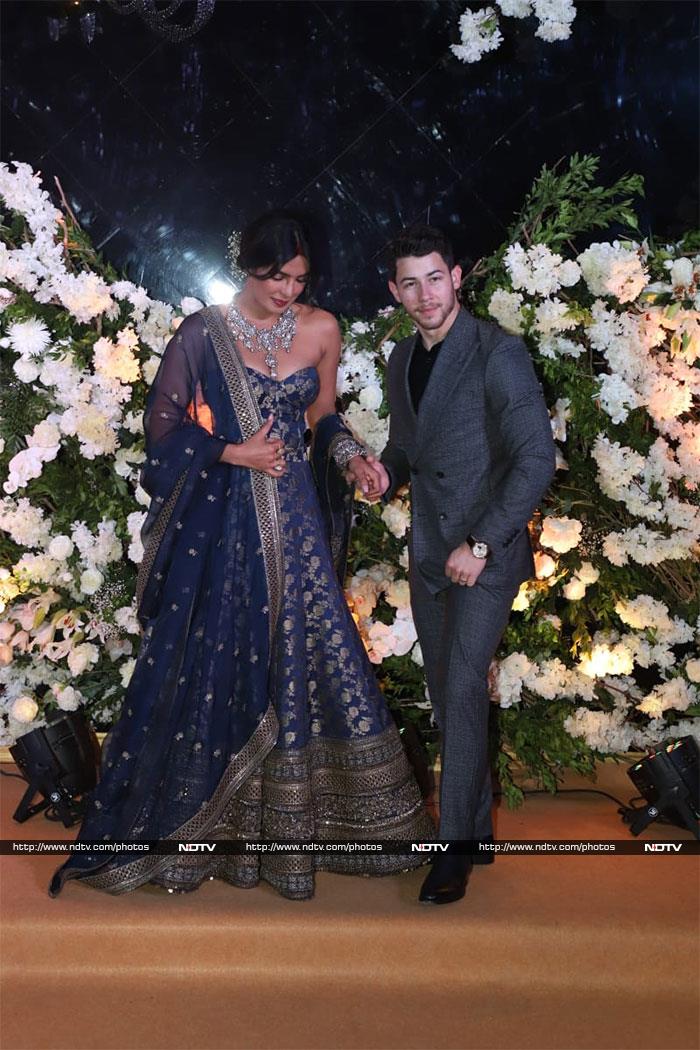 Priyanka and Nick at their Mumbai reception 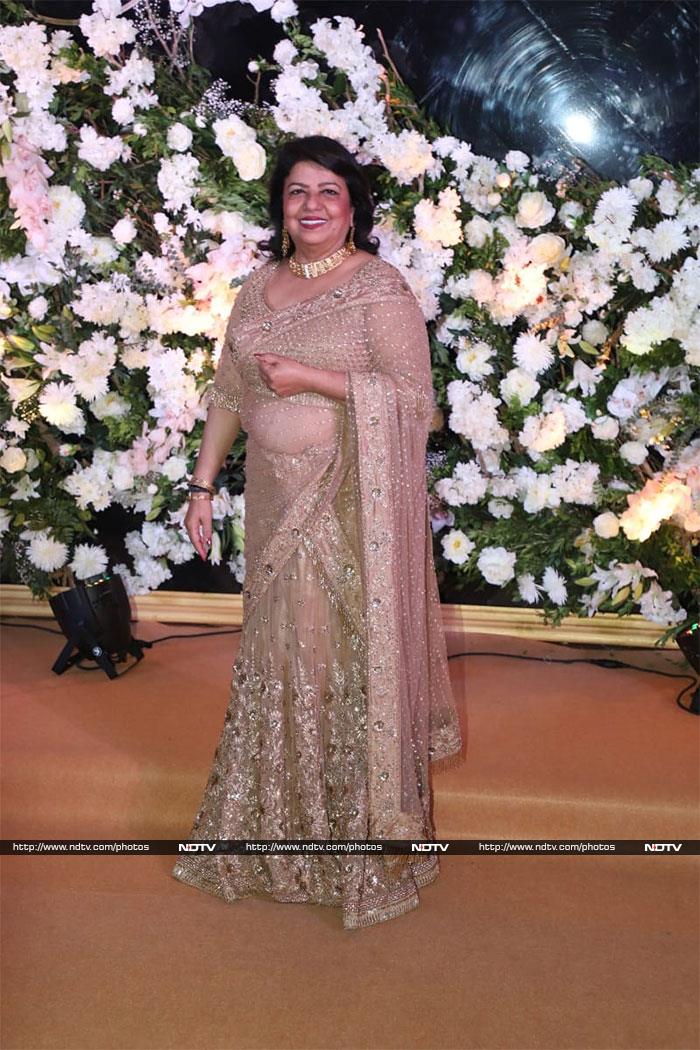 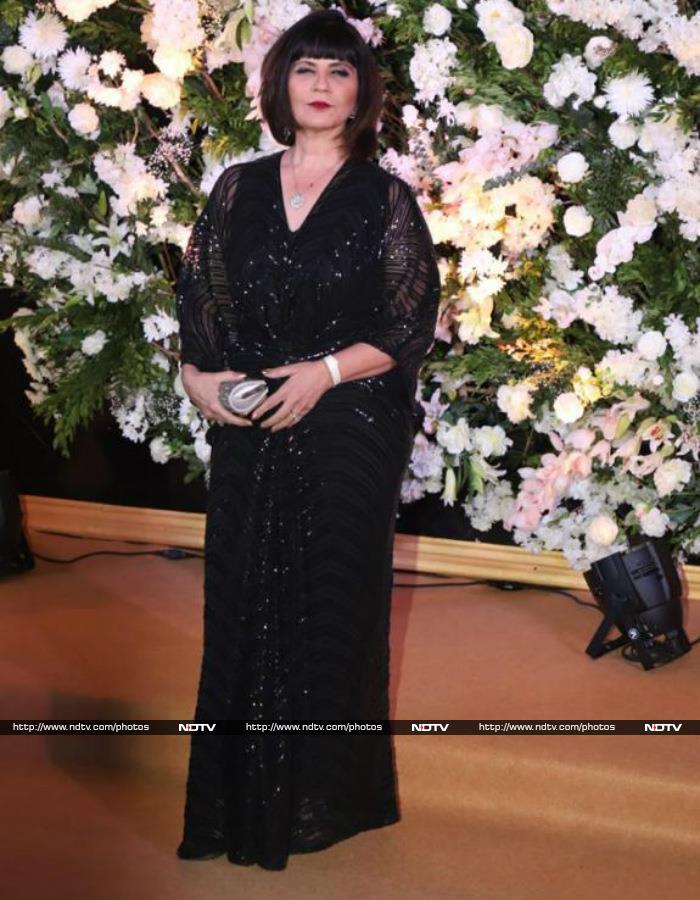 Designer Neeta Lulla was also part of the festivities

This is Priyanka and Nick's first reception in Mumbai. After their wedding at the beginning of this month, Priyanka and Nick went on a brief honeymoon, reportedly to Oman, from where she shared a loved-up photo as her definition of "marital bliss."

Nick Jonas, who was in the US after the honeymoon, flew in to Maximum City on Wednesday evening just in time for the Mumbai reception. In the interim period, Priyanka was busy with her work commitments.

Priyanka Chopra and Nick Jonas stepped in to December with blockbuster wedding festivities in Jodhpur with the Umaid Bhawan Palace as the venue for the celebrations. The couple remained strictly guarded about their wedding photos before finally sharing glimpses of their magical wedding on Instagram. Priyanka and Nick had two wedding ceremonies in Jodhpur - for the Christian wedding on December 1, they wore Ralph Lauren couture while the couple opted for Sabyasachi outfits for the Hindu ceremony on December 2.

Priyanka Chopra and Nick Jonas had hosted their first wedding reception in Delhi, which was attended by Prime Minister Narendra Modi. They are expected to throw another party for Bollywood celebrities on Thursday evening.