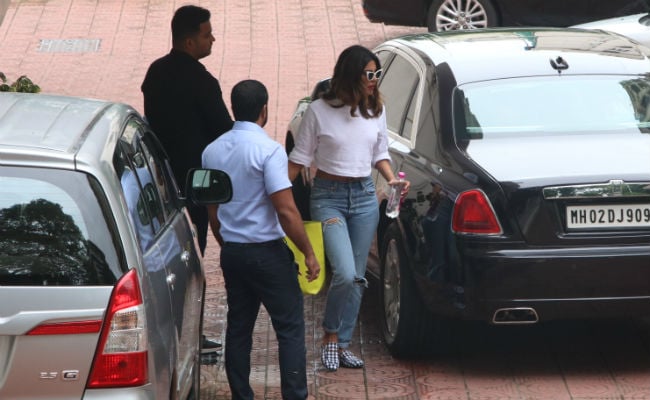 Actress Priyanka Chopra was spotted at her Dil Dhadakne Do co-star Farhan Akhtar's Mumbai home on Tuesday and we think that it was for director Shonali Bose's upcoming film The Sky Is Pink, in which they play parents of a 13-year-old girl born with immune deficiency disorder. Priyanka, dressed in classic white and blue combo, was photographed walking towards Farhan's home. The preparatory sessions of the film began over the weekend. Farhan also shared a picture of his copy of the script and wrote: "It all starts here. Thank you Shonali Bose for trusting me with this beautiful story. #fromtheheart." The Sky Is Pink marks Priyanka's return to Bollywood after three years.

Here are pictures of Priyanka arriving at Farhan's home: 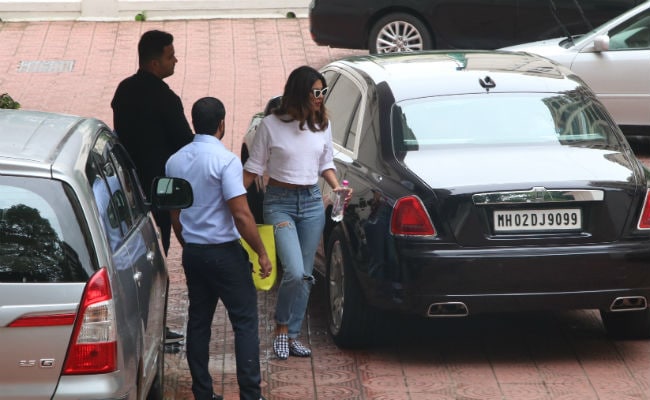 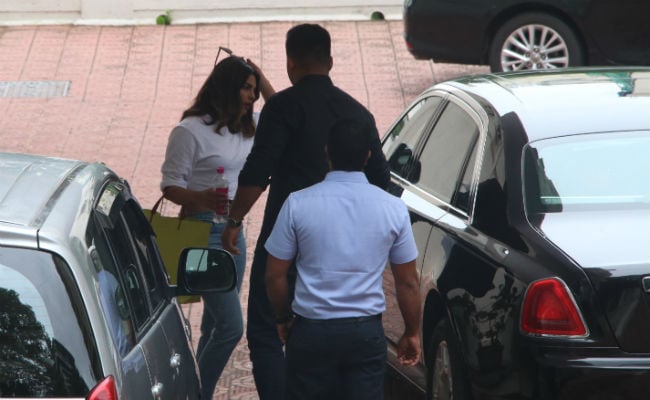 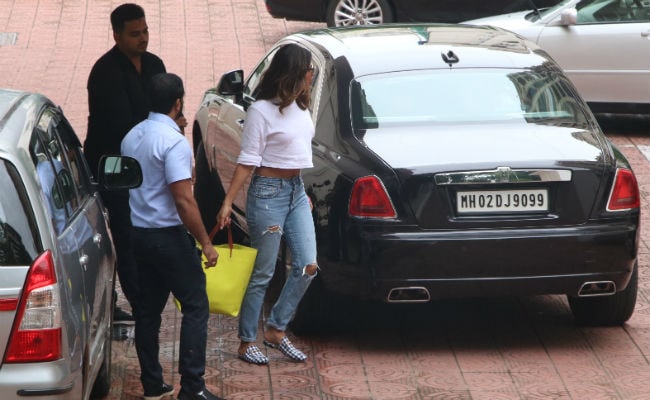 Here's what Farhan posted on Monday:

It all starts here. Thank you #ShonaliBose for trusting me with this beautiful story. #fromtheheart

Priyanka Chopra was last seen in Hollywood film Baywatch. She gained popularity in the West after featuring in television show Quantico. The crime drama series is coming to end after airing three seasons. Apart from The Sky Is Pink, Priyanka Chopra has also signed up for Ali Abbas Zafar's Bharat opposite Salman Khan.

The Sky Is Pink is based on the life of late motivational speaker and author Aisha Chaudhary, who was born with immunodeficiency disorder, and her family. It was earlier reported that National Award-winning actress Zaira Wasim has been approached to play the role of Aisha but the makers haven't made an official announcement yet. Zaira Wasim has made two films so far - Dangal and Secret Superstar.

Meanwhile, Farhan Akhtar was last seen in 2017 film Lucknow Central and he is awaiting the release of Gold (starring Akshay Kumar) which he has produced through Excel Entertainment.

DDLJ Through The Eyes Of Aamir Khan. Here's What The Actor Tweeted About The Film