Priya Prakash Varrier Trends Again, This Time For Kiss That Has Offended The Internet

While many users asked that the video be brought down, others highlighted that the content is unsuitable for a school-going audience 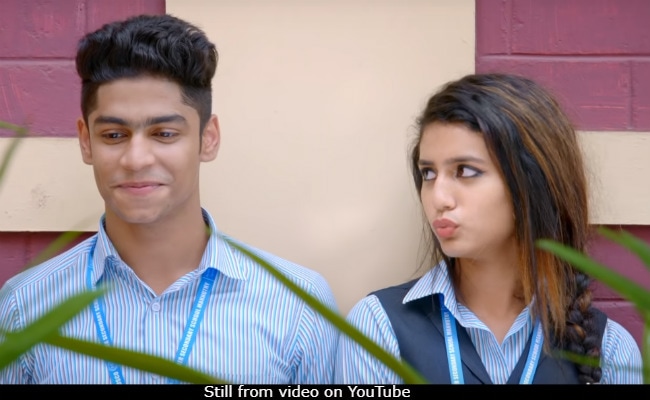 Actress Priya Prakash Varrier, best known for her viral wink, was trolled by the Internet after a new teaser from her upcoming film Oru Adaar Love was released earlier this week. In the one-minute-video, Priya gets a surprise kiss from her co-star Roshan Abdul Rauf, which the Internet branded as offensive, considering they play school students in the film. While the video went crazy viral, angry users categorised the video as "sexual content" and asked for it to be reported. "What the hell? Is this romance or cheap explicit clip for promoting the movie," read a comment on YouTube while another added: "Is this love or sexual content?" Directed by Omar Lulu, Oru Adaar Love is the story of how friendship transcends into romance in the final days of school.

While many users urged that the video be brought down, others highlighted that the content is unsuitable for school-going audience. "Stop creating bad influence among school kids". "It will affect our children, so please report this video," read another comment.

Last year, Priya Prakash Varrier became an Internet sensation after a video of her winking at her classmate in Oru Adaar Love sent the Internet into a meltdown. She found a permanent spot on the trends list with memes and challenges cropping up based on her wicked winking skills. As her follower count on Instagram shot up overnight and she had her account verified, it was reported that she began charging some Rs 8 lakh per Instagram post. Priya Prakash Varrier also turned out to be 2018's most googled celebrity in India.

Meanwhile, Priya Prakash Varrier's Oru Adaar Love is the most anticipated Indian film on IMDB with Bollywood's Gully Boy in the second spot. Both Oru Adaar Love and Gully Boy are scheduled to hit screens on February 14, Valentine's Day. Other than Malayalam, the film will also release in Tamil, Kannada and Telugu.