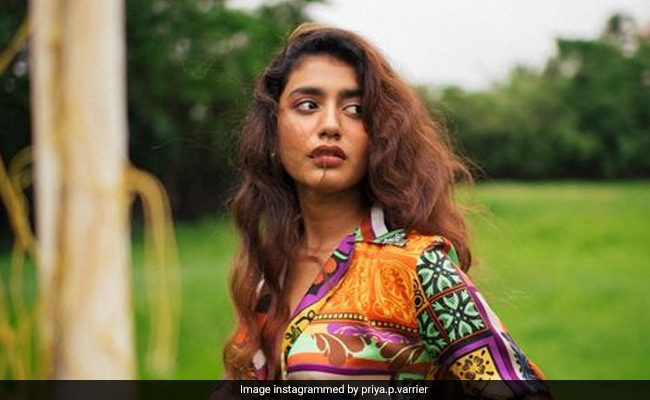 Remember Priya Prakash Varrier, who became an overnight sensation after she featured in the Manikya Malaraya Poovi video from the film Oru Adaar Love? The one with the wink scene. She recently posted a video on her Instagram, in which she sings the track Kesariya from Ayan Mukerji's Brahmastra. She captioned the video: "Ishq hai piyaaa..." Kesariya has been sung by Arijit Singh. The Tamil and Telugu versions of the film have been sung by Sid Sriram. The lyrics are by Amitabh Bhattacharya and Pritam has composed the track. The song released last month.

Here is the original track:

The song, beautifully sung by Arijit Singh, has been picturised on Alia Bhatt and Ranbir Kapoor. The track largely sung in Hindi, has two English words "Love Storiyan" in a line, which sparked a meme fest on the Internet. The song has been trending big time though.

Brahmastra, Alia Bhatt and Ranbir Kapoor's first project together, is slated to release in September and it includes a stellar cast that also includes Nagarjuna, Dimple Kapadia and Mouni Roy. The film is slated to release in theatres on September 9. Alia Bhatt and Ranbir Kapoor found love on the sets of the film. They got married in April this year. The star couple are expecting their first child.

Dulquer Salmaan To NDTV On Mammootty: "Don't Want To Ever Tarnish My Father's Name"