Priya Prakash Varrier, Who Went Viral With A Wink, Is 2018's Most Googled Celeb In India 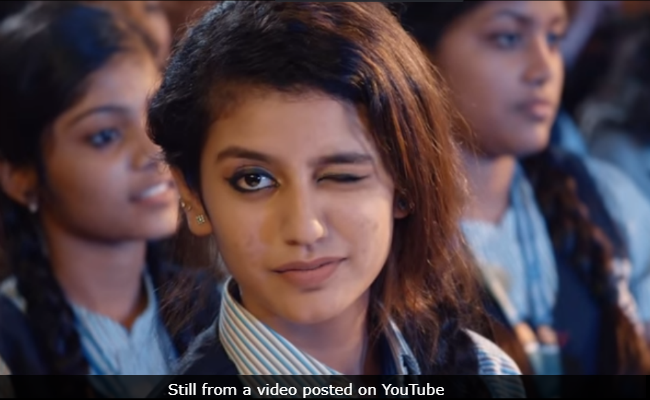 Remember Priya Prakash Varrier, the Oru Adaar Love actress who left the Internet smitten with her wink? Well, Priya Prakash Varrier has become the most searched personality in India of the year, according to Google India. Priya Prakash turned into an overnight sensation after a teaser clip of the song Manikya Malaraya Poovi, from her film Oru Adaar Love released on social media in February this year. The 19-year-old actress has even left behind American singer and Priyanka Chopra's husband Nick Jonas on the list. Priyanka Chopra occupies the fourth spot on the list, while third and fifth spot have been filled in by singer Sapna Choudhary and Sonam Kapoor's entrepreneur husband Anand Ahuja respectively.

The Manikya Malaraya Poovivideo, featuring Priya Prakash Varrier, shows the actress dressed in school uniform, winking at a fellow student, who is instantly floored by her. The video sent the entire Internet into a meltdown and it has over 83 million views on YouTube as of now.

In terms of Bollywood movies, Rajinikanth and Akshay Kumar's 2.0 emerged as a clear winner, followed by Baaghi 2, starring Tiger Shroff and Salman Khan's Race 3. On the Hollywood front, movies from the Marvel Studios dominated the list. Avengers: Infinity War occupied the top spot, followed by Black Panther and Deadpool 2.

It wouldn't be wrong to say that 2018 was a year of celebrity weddings as several Bollywood stars got married this year. Needless to say, Priyanka Chopra and Nick Jonas, Deepika Padukone and Ranveer Singh, and Sonam Kapoor and Anand Ahuja's weddings majorly dominated the trends list this year.