Koffee With Karan 6: An Update On Priyanka Chopra And Kareena Kapoor's Episode

Priyanka Chopra and Kareena Kapoor are all set to shoot for Koffee With Karan 6. 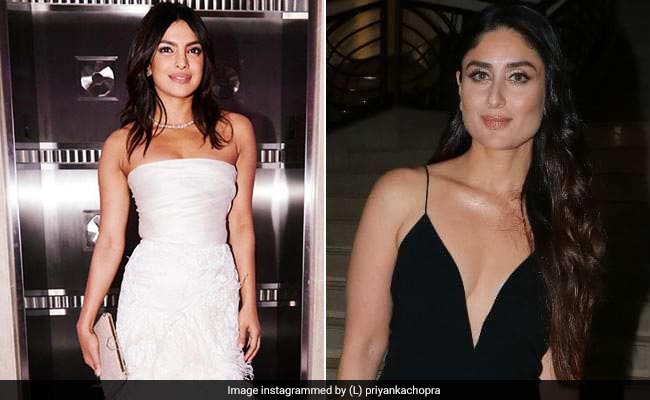 Actresses Priyanka Chopra and Kareena Kapoor are all set to shoot for Karan Johar's chat showKoffee With Karan 6. As per a Mumbai Mirror report, they will shoot for the episode on Wednesday. "The actresses will be shooting in the first half as they will be preparing to attend Isha Ambani and Anand Piramal's wedding festivities later in the day. Karan Johar has planned a lot of fun segments for them that will highlight their newfound friendship," a source told Mumbai Mirror. This will be Priyanka's first television appearance after wedding to singer Nick Jonas earlier this month. The couple returned to Mumbai on Wednesday morning. They reportedly went to Oman for a mini honeymoon.

"While Priyanka will open up about her recent wedding to Nick Jonas, Kareena is expected to speak about the popularity of her two-year-old son Taimur Ali Khan, among other topics," the source added.

Last time when Kareena was invited on Koffee With Karan, she was expecting Taimur. He was born to Kareena and Saif Ali Khan in December 2016.

Meanwhile, Kareena Kapoor and Priyanka Chopra, who have co-starred in Aitraaz and Don, have made controversial comments about each other on the Koffee couch. In 2010, Kareena, while talking about Priyanka, said, "Where does she get that accent from?" Two episodes later, Priyanka replied to Kareena's comment, and said, "The same place where her boyfriend gets it from."

However, in the last season, Kareena praised Priyanka for representing India across the globe.