Prithviraj, Shamshera, Jayeshbhai Jordaar, Bunty Aur Babli 2 And Others: Here's When These Much-Awaited Films Will Release

The release dates of the films were announced by the production houses on social media. 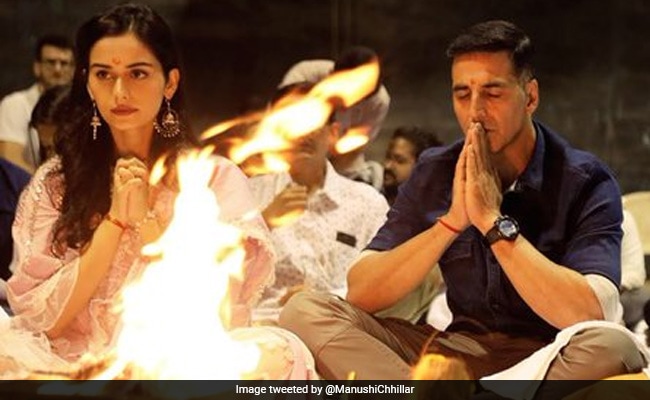 The wait is finally over. Since COVID-19 threw a wrench in the movie release schedule in 2020, cinema lovers have been waiting for several big-budget films to arrive on the big screen. Well, it looks like the wait is finally over,  with cinemas finally opening in Maharashtra from October 22.  Following this announcement, Yash Raj Films, one of India's leading production houses revealed its release schedule. And, it looks like we are all in for a treat. The four Yash Raj films that are up for release are Prithviraj, Shamshera, Jayeshbhai Jordaar and Bunty Aur Babli 2. The releases have been spaced out, starting November 2021 through March 2022.

The first film from the quartet to hit theatres will be Bunty Aur Babli 2. The film will release worldwide on November 19, 2021. The film is a sequel to Bunty Aur Babli which starred Abhishek Bachchan and Rani Mukerji in the lead roles. The sequel is a multi-starrer with Saif Ali Khan, Rani Mukerji, Siddhant Chaturvedi and Sharvari. It will be directed by Varun V. Sharma.

Next on the list is Prithviraj and the historical drama will release worldwide on January 21, 2022. The film stars Akshay Kumar as king Prithviraj Chauhan. The film marks the debut of Miss World Manushi Chhillar who plays Princess Sanyogita. Directed by Dr Chandraprakash Dwivedi, the film also stars Sanjay Dutt and Sonu Sood.

Ranveer Singh's Jayeshbhai Jordaar will be released worldwide on February 25, 2022. The film marks the Bollywood debut of Shalini Pandey, who was seen in Arjun Reddy. It is being helmed by debutant writer-director Divyang Thakkar

Shamshera starring Ranbir Kapoor is set to release on March 18, 2022. The film will be directed by Karan Malhotra and stars Vaani Kapoor and Sanjay Dutt in pivotal roles.

Ah, at last the news of cinema theatres opening in October, in Maharashtra, is long-awaited and terrific. As promised earlier, the aviation-thriller drama, produced & directed by me, starring @SrBachchan, @Rakulpreet & Me in the lead, will release on 29th April, 2022.#MayDaypic.twitter.com/bcMHZjdO0C

Noted movie critic Taran Adarsh confirmed that Bhool Bhulaiyaa 2 starring Kartik Aaryan and Kiara Advani will release on 25 March, 2022. The film is a sequel to the horror-comedy Bhool Bhulaiyaa that starred Akshay Kumar and Vidya Balan.

On Sunday, producer Sajid Nadiadwala also announced four upcoming releases. While Tadap starring Ahan Shetty and Tara Sutaria will release on 3 December, 2021, Akshay Kumar's Bachchan Pandey will hit the screens on 4 March, 2022. Heropanti 2 with Tiger Shroff will release on 6 May, 2022

Ranveer Singh's much-awaited sports drama, '83 was also announced to have a Christmas release this year. It will be released in Hindi, Tamil, Telugu, Kannada and Malayalam.

Tell us which of these films you are most excited to see in theatres soon.