Akshay Kumar and Manushi will play the roles of Prithviraj and Sanyogita, respectively, in the period drama 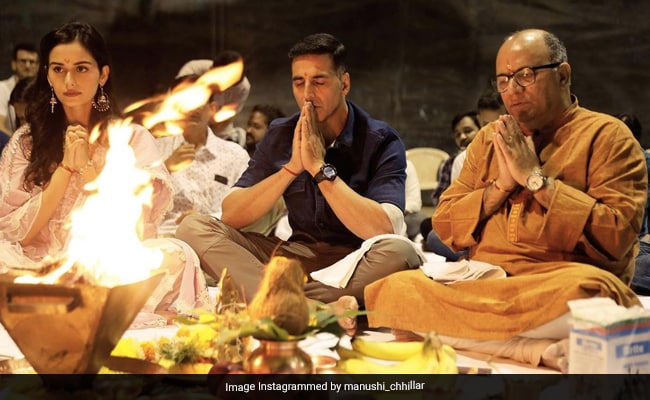 Akshay Kumar and Manushi Chhillar's period drama Prithviraj is mainly inspired by late poet Chand Bardai's epic titled Prithviraj Raso, reported news agency ANI. Prithviraj is being directed by Chandraprakash Dwivedi and produced by Yash Raj Films. The film, in which Akshay Kumar and Manushi will play the roles of Prithviraj and Sanyogita, respectively, will mark her Bollywood debut. Prithviraj Raso is a Braj poem that revolves around the life of great warrior king Prithviraj Chauhan. Talking about the film, Chandraprakash Dwivedi said: "Prithviraj is also based mainly on medieval literature, an epic called Prithviraj Raso by the great poet Chand Bardai. Apart from a couple of versions of Raso, there are many other literary works on Prithviraj, his life, and times. In addition to these, there are commentaries on Raso," reported ANI.

For his work-in-progress film Prithviraj, Chandraprakash Dwivedi had to "get involved in exhaustive research," which he also enjoyed because he likes "the process of entering the unknown and unexplored world of great heroes of India and their times." He said: "It is like having a dialogue with these great characters in their times. I am sure most of the writers must have experienced this strange phenomenon," reported ANI.

Akshay Kumar and Manushi Chhillar began filming Prithviraj last year. The actor had announced the film on his birthday in 2019.

Speaking about why he picked the story of the great warrior Prithviraj for his new film, Chandraprakash Dwivedi said: "I do not make characters like Prithviraj to make them relevant for young viewers. I choose them as my subject for cinema as they are relevant for our times and all times to come. They are shining bright stars in the galaxy of great historical characters which will inspire many generations to come," reported ANI.

Prithviraj was initially expected to release on Diwali 2020 but got postponed. The new release date has not been announced yet.

Ira Khan Asks Boyfriend Nupur Shikhare To Be Her "Playmate." His Reply