This Pic Of Akshay Kumar, Preity Zinta And Celina Jaitley Will Make You Nostalgic And How

"There was a time when cell phones were phones and cameras were lit," wrote Preity Zinta 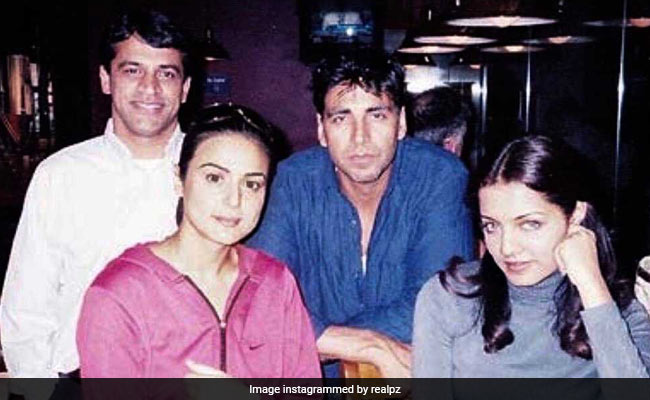 Remember the time when there were no phones and "cameras were lit"? Well, Preity Zinta just reminded us of that era through her latest Instagram post. Preity made the best use of throwback Thursday by sharing a rare picture on her Instagram profile. BTW, did we tell you that Preity's throwback picture also features Akhsay Kumar and Celina Jaitley? In her post, the Veer Zaara actress revealed that picture was actually taken during a world tour which the actors did together. Preity accompanied the post along with a caption that read, "There was a time when cell phones were phones and cameras were lit." She added the hashtags #throwbackthursday, #thursdaythoughts and #worldtour to her post. Just like us, Preity's fans also loved the picture and the post received over 1 lakh likes on Instagram.

Akshay Kumar and Celina Jaitley have not responded to Preity's post as of now but we would love to see their reactions. Take a look at Preity's post, you can thank us later.

Preity Zinta and Akshay Kumar have co-starred in the 1999 film Sangharsh and the 2006 film Jaan-E-Mann, which also featured Salman Khan. Preity and Akshay have not shared screen space ever since.

Preity Zinta frequently delights her fans with throwback pictures that often feature Bollywood celebrities. Take a look at some of the posts here:

Awww ! This was such a fun day. I did magic tricks for a bunch of kids after the screening of our movie & both @beingsalmankhan & #SajidNadiadwala magically appeared after I waved my magic wand ! #Throwback #FunTimes #ItsMagic #Ting !

On the work front, Preity Zinta was last seen in the 2018 comedy film Bhaiaji Superhit.