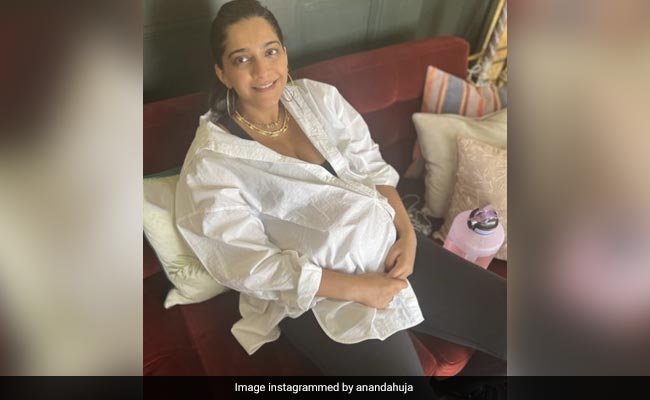 Anand Ahuja delighted his Instafam with "no-filter" pictures of wife Sonam Kapoor on Thursday. In the pictures, Sonam Kapoor can be seen chilling on a couch. Sonam Kapoor's OOTD was a white shirt and a pair of pants. Sharing the pictures, Anand Ahuja wrote in his caption: "Love every moment." He accompanied the post with the hashtags #nofilter and #portraitmode. In the comments section wrote: "I'm a whale." The couple are currently staying in London. On Wednesday, Sonam Kapoor's baby shower took place in the presence of friends and family members.

Parents-to-be Anand Ahuja and Sonam Kapoor love to share posts from their lives in London, often accompanied by their signature hashtag #Everydayphenomenal.