"Celebrating the victory of good over evil," wrote Prabhas while announcing the film on social media 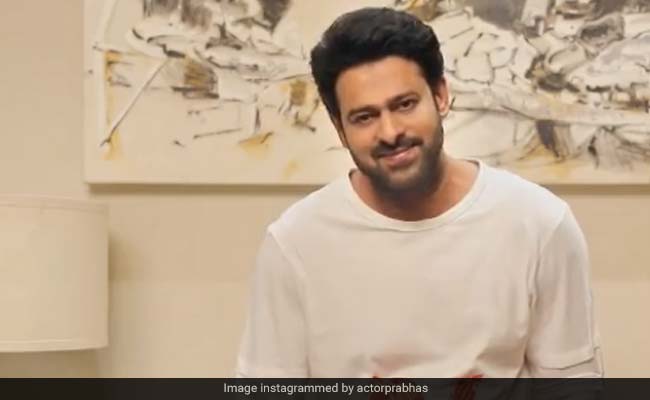 South star Prabhas finally made the much-awaited big announcement on social media on Tuesday morning and we can't keep calm. The Baahubali actor will feature in director Om Raut's next project - a 3D action drama titled Adipurush. The film will mark Prabhas and Om Raut's first project together. Adipurush will be co-produced by Bhushan Kumar's T-Series and Om Raut. The film, which will "celebrate the victory of good over evil," is expected to go on floors next year. Adipurush will be Prabhas and Bhushan Kumar's third film together after Saaho and Radhe Shyam. Announcing the good news on social media, Prabhas shared the logo poster of the film and wrote: "Celebrating the victory of good over evil! #Adipurush." The film is expected to release in 2022.

Talking about Adipurush, Prabhas said in a statement: "Every role and every character comes with its own challenges but portraying a character like this comes with tremendous responsibility and pride. I am very excited to portray this character of our epic, especially the way Om Raut has designed it. I am sure the youth of our country will shower all their love on our film."

On Monday evening, Prabhas and Om Raut, who is known for directing Tanhaji: The Unsung Warrior, teased their fans by dropping a clip in which they can be seen talking about their big announcement through a video conference. In the clip, Om Raut can be seen asking Prabhas if he is "ready for tomorrow," to which the actor replies, "All excited, finger crossed." Watch the clip here:

Adipurush will be shot in Hindi and Telugu. It will be dubbed in Tamil, Malayalam, Kannada and several other languages. The details about the full cast of the film, which is currently in the pre-production stage, have not been revealed yet.

Prabhas, known for his work in Baahubali films, will also be seen alongside Deepika Padukone in Nag Ashwin's next. He has also Radha Krishna Kumar's Radhe Shyam lined-up. The actor was last seen in the 2019 action-thriller Saaho, in which he co-starred with Shraddha Kapoor.