"Are you ready for tomorrow? 7.11 am Hope you like it," wrote Prabhas 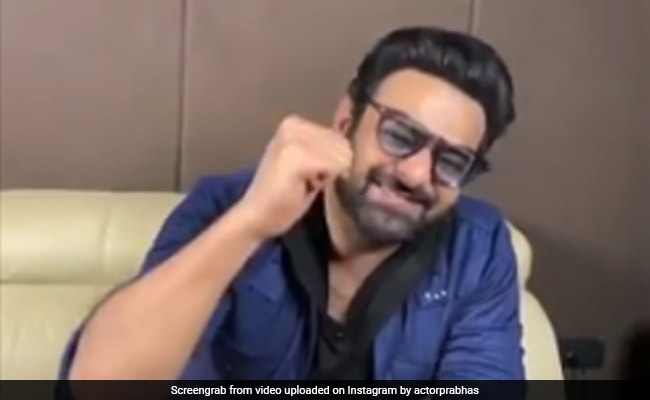 Prabhas in a still from the video. (courtesy: actorprabhas)

Telugu star Prabhas' latest Instagram post is making the Internet very curious. On Monday, the actor posted a video, in which he can be seen interacting with Bollywood director Om Raut through a video conference. In the video, Om Raut asked Prabhas if he is "ready for tomorrow," to which the actor replied, "All excited, finger crossed." Om signed off the video saying, "Let's do it." Needless to say, the video aroused a sense of curiosity in Prabhas' fans and the comments section of his post was flooded with comments like "We are waiting" and "can't wait for tomorrow." Another Instagram user added, "ready." Another fan added, "Bring it on."

Prabhas is best-known for his performances in SS Rajamouli's Baahubali: The Beginning and Baahubali 2: The Conclusion. He has also featured in movies such as Mirchi, Denikaina Ready, Rebel, Adavi Ramudu, Chakram, Raghavendra, Ek Niranjan, Pournami, Bujjigadu, Billa and Darling among others. The actor was last seen in the movie Saaho. The actor recently signed an untitled film, in which he will be seen sharing screen space with Deepika Padukone.

Om Raut directed the period drama Tanhaji: The Unsung Warrior, this year, which was co-produced by Ajay Devgn and Bhushan Kumar. The film starred Ajay Devgn, Saif Ali Khan and Kajol in lead roles and it emerged as a hit at the box office.