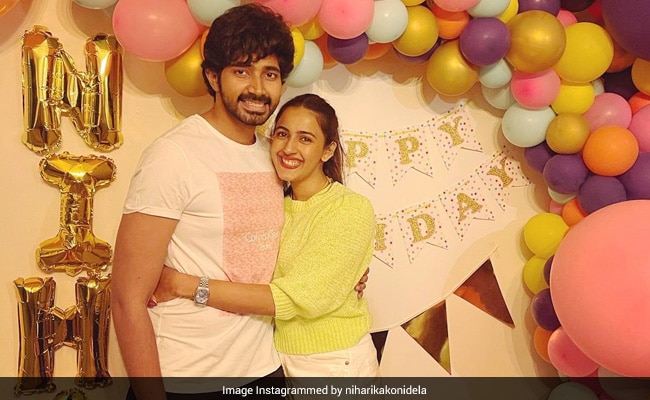 Newlywed Niharika Konidela shared pictures from her birthday party on her Instagram profile on Sunday evening. Niharika, who turned 27 on Friday, was a few days late in sharing pictures from her birthday festivities but we are not complaining at all. Niharika's husband Chaitanya JV, her brother Varun Tej and a few close friends were present at the party. The actress-producer also posted pictures from her date night with Chaitanya. Sharing the pictures on the photograph sharing application, she wrote: "Happy wala birthday! 2020. Right to left- Brother. Husband. Sister. My lifelines. New cool friends." Check out the pictures here:

On her birthday, Niharika's husband Chaitanya shared a mushy post and he captioned it: "Happy Birthday love. May your birthday be as happy as you always make me. Shine on my sunflower." ICYMI, this is the post we are referring to:

Niharika Konidela got married to Hyderabad-based techie Chaitanya earlier this month in Udaipur. After a grand wedding, the couple hosted a reception in Hyderabad. Niharika stepped into the Indian entertainment industry as a television presenter, after which she switched to starring in web-series, which were produced by her production company Pink Elephant Pictures. She has starred in web-series like Muddapappu Avakai, Nanna Koochi and Madhouse, which she had also produced. She made her debut in films with the 2016 movie Oka Manasu.