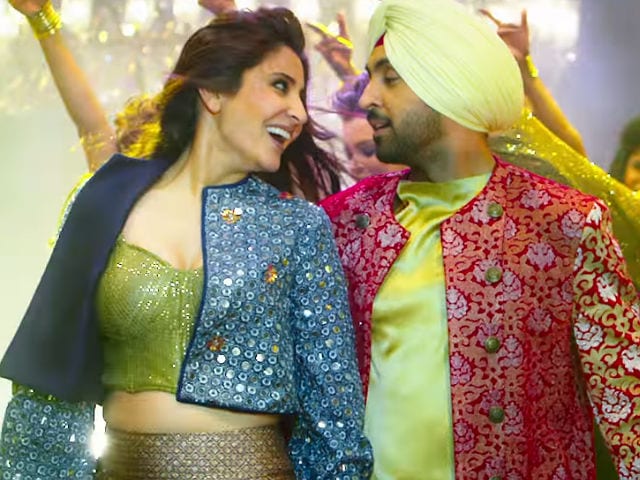 New Delhi: Anushka Sharma, who loves to experiment with new things, has now tried her hands on rapping. Anushka's upcoming film Phillauri's new song released in which the 28-year-old actress can be seen rapping. The new song Naughty Billo is a party anthem in making with lyrics like "Naughty Naughty Billo main jhoot bolia koi na, ji koi na, Naughty Naughty Billo kal raat akeli soi na." The video of the song opens by showing the bygone era of Anushka and Diljit's love story and soon, the two ditch their old look and embrace a new funky one. The actors can be seen all jazzed up in the song. The shiny clothes and loud accessories perfectly fit into the disco background in which the song is set.

Also, ever since Phillauri started releasing its songs, fans were speculating as to when Diljit will sing in the movie and now with the release of Naughty Billo, the wait is over. Anushka described Naughty Billo as a "Funkjabi" song.

Promoted
Listen to the latest songs, only on JioSaavn.com
Other than Diljit, the song has been sung by Nakash Aziz and Shilpi Paul. The music has been composed by Shashwat Sachdev and lyrics are by Anvita Dutt.

Phillauri stars Anushka Sharma, Diljit Dosanjh in the lead, supported by Suraj Sharma and Mehreen Pirzada. Phillauri is a story of a friendly ghost-bride (Anushka) named Shashi who accidentally gets married to a manglik boy played by Suraj Sharma. The story then goes into flashback, revealing that Shashi was in love with a folk singer, played by Diljit Dosanjh. The film releases on March 24 clashing with Swara Bhaskar's Anarkali Of Aarah. Anushka will later start shooting for director Imtiaz Ali's film with Shah Rukh Khan.