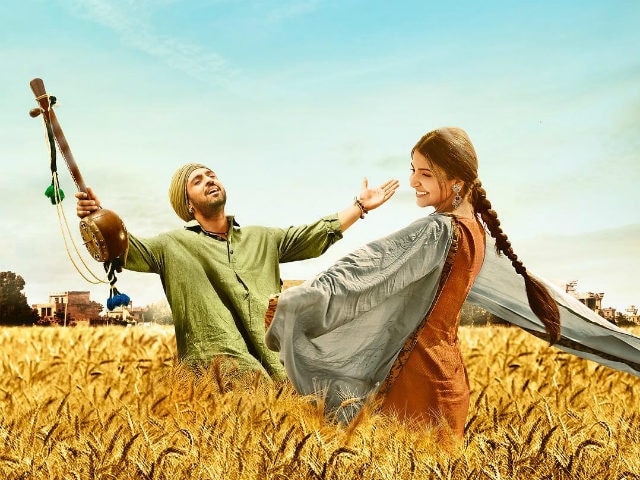 Phillauri Song Dum Dum: A still from the song

New Delhi: Dum Dum, the first song from Anushka Sharma's Phillauri released on Thursday and is driving away mid-week blues in a jiffy. Anushka and Diljit Doshanjh's Dum Dumsets a sufiayana mood and transports you to the poster-like mustard fields of Punjab. Team Phillauri describes Dum Dum as the first sufi song of 2017. Anushka features as a simple Punjabi kudi named Shashi while Diljit's character is an aspiring singer, who wins hearts with his soulful compositions. Dum Dum introduces Diljit's character, who can be seen making music with inspirations from his everyday rural life. Shashi chances upon Diljit's music and gets more and more drawn towards him. They also have an awkward encounter at a gurudwara.

Surprisingly, Diljit, a celebrated Punjabi singer, is not the one the song can be credited to. Dum Dum has been sung by Romy and Vivek Hariharan.

Video: Watch The Video Of Dum Dum From Phillauri


On Wednesday, Anushka and Diljit teased the song with videos, singing parts of Dum Dum themselves. Here's Anushka singing for Phillauri's Dum Dum.

The first Sufi love song of this year #DumDum from #Phillauri will be out tom. Can't wait for you to see it. @officialcsfilms @foxstarhindi @diljitdosanjh

This is how Diljit shared the teaser. "2017's first Sufi love song," he wrote.

Promoted
Listen to the latest songs, only on JioSaavn.com
Phillauri is Anushka Sharma's second venture as a producer, after her 2015 crime drama NH10. Phillauri also stars actress Mehreen Pirzada as the fiance of Suraj Sharma's character.