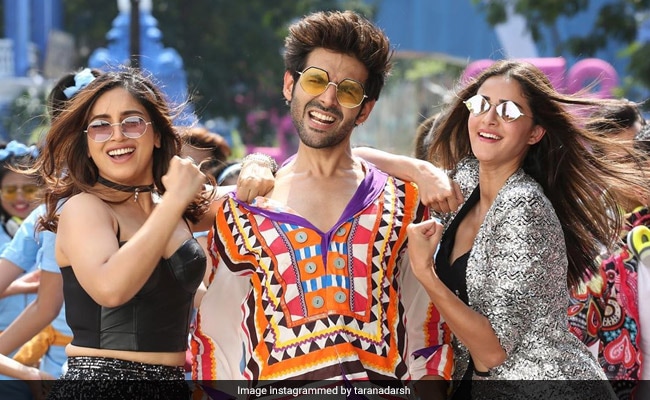 Pati Patni Aur Woh is ruling the box office and how. The film which opened in theaters on Friday, has managed to collect Rs 21.43 crore within two days of its release, reports Bollywood trade analyst Taran Adarsh. The film garnered a whopping sum of Rs 12.33 crore on Saturday alone. In his tweet, Taran Adarsh stated that the film, which stars Kartik Aaryan, Bhumi Pednekar and Ananya Panday in the lead roles, witnessed an all-round on growth on day 2 (Saturday). In his tweet, he also stated that the film has been performing well in metros as well as mass markets.

Pati Patni Aur Woh opened in theaters on Friday and it earned Rs 9.10 crore on the day of its release. The film clashed with Ashutosh Gowariker's Panipat, starring Kriti Sanon, Arjun Kapoor and Sanjay Dutt.

Pati Patni Aur Woh is remake of the 1978 film of the same name, directed by B R Chopra . it is a comedy drama that showcases the story of a married couple played by Kartik Aaryan and Bhumi Pednekar and the challenges their relationship faces when Kartik (Chintu Tyagi) has an extramarital affair with Ananya Panday's character.