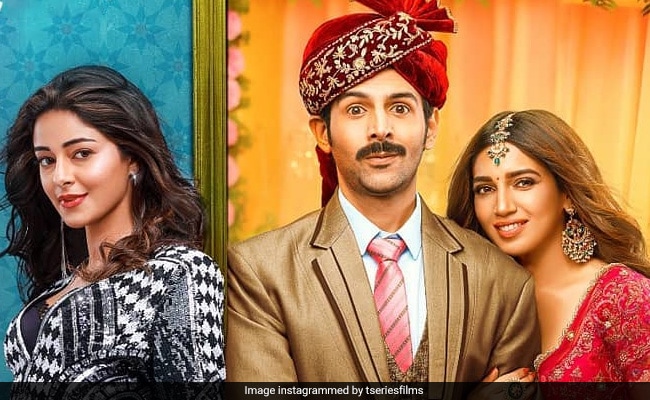 Kartik Aaryan, Bhumi Pednekar and Ananya Panday - the three principal actors in Mudassar Aziz's remake of the 1978 marital comedy Pati Patni Aur Woh - as well as several others behind and in front of the camera were not born when the original, produced and directed by B.R. Chopra, was released. They are products of a different era. So, the 2019 reworking of the story of a middle-class man who falls for his secretary and jeopardises his marriage does not carry any baggage of the past. This Pati Patni Aur Woh is its own beast. That is both an advantage and a disadvantage.

It is an advantage because 41 years on, the battle of the sexes - a legitimate theatrical genre in vogue since the Elizabethan era - that once passed muster without questions being asked is no longer in the realm of the easily acceptable. Placed in the context of the demands of political correctness, this form of comedy would be deemed gender insensitive, if not outright sexist.

It is another matter that Bollywood has frequently seen the funny side of the troubles that a two-timing husband invites upon himself and his legally wedded partner. From Hrishikesh Mukherjee's Rang Birangi (1983) to David Dhawan's Biwi No. 1 (1999), all doubtless inspired, to varying degrees, by Billy Wilder's The Seven-Year Itch, where Marilyn Monroe was cast as a femme fatale, married men have got away with infidelity on the big screen. But then men in Hindi films get away and preen over with much worse - murder and mayhem, pillage and perversion. Women have a much harder time tiding over lesser lapses.

To begin with, Pati Patni Aur Woh tends to objectify both the wife and the other woman, but as the comic caper progresses, the primary impulse seems to be to let the two ladies hold all the aces. They actually do - the film's denouement hinges on their commendable unflappability - but the errant man is still someone who is perceived as worthy of a pardon so that normalcy can be restored after several lines have been crossed and trust has been broken.

The hero of Pati Patni Aur Woh, Abhinav 'Chintu' Tyagi (Aaryan), a Public Works Department (PWD) engineer in Kanpur, makes a mess of his life when he strays from his pretty and desirable wife Vedika (Pednekar) and has a fling with Tapasya (Panday), a Delhi girl who arrives in his office for the allotment of a plot for a proposed leather and garments boutique.

The small town-big city divide is the principal cause of discord between Chintu and Vedika. The former is happy in Kanpur, the latter is keen that the couple relocate to Delhi and seek a more exciting life. Not that Vedika's existence is dull. Nor is she a frumpy Kanpuriya. She is a woman who knows her mind and has opted for the gauche Chintu as her life partner because she has had enough of the rebel act. 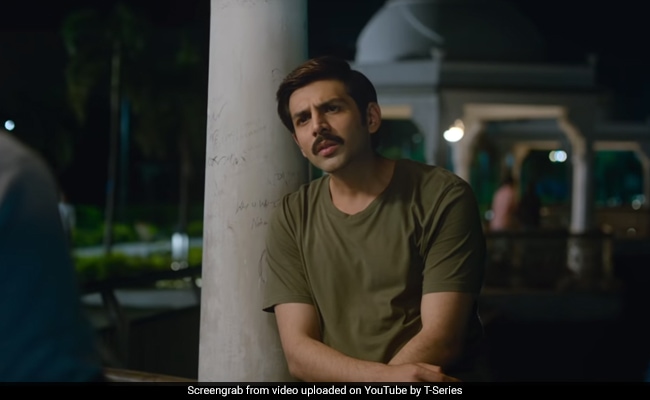 You know that the world has moved on and the pace of life has quickened appreciably when a couple does not have to wait for seven years before the itch sets in. Chintu and Vedika are married for only three years when monotony and boredom begin to pull them apart. While the lady has a teenage admirer - Rakesh Yadav (Shubham Kumar) - in the Physics class that she teaches in a local college, the hubby seeks excitement outside the confines of his marriage.

Her student is enamoured with Vedika because he feels she looks like a film star. She asks: Which film star? Kareena Kapoor, the boy answers. A small town cannot contain her: that is the 'restriction' that she has submitted herself to by turning her back on the 'rebellion' of marrying her long-time boyfriend Doga (Sunny Singh), a man we first see after much water has flown under the bridge. 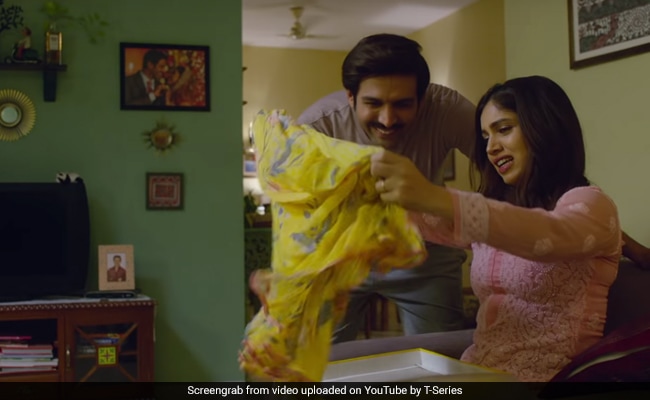 The exhilaration that Chintu seeks walks right into his modest office in the shape of Tapasya. He begins to enjoy her company and, helped along by his friend and co-worker Fahim (Aparshakti Khurana), he becomes the girl's regular chaperone on her exploration of the city. In order to earn Tapasya's sympathy, Chintu lies to her that his wife is having an affair. One falsehood leads to another and the hero is caught in a tangle.

As in the 1978 Sanjeev Kumar-Vidya Sinha-Ranjeeta starrer, the tremulous relationship that blossoms between Chintu and Tapasya is chaste to the point of being completely platonic. It is his sense of guilt that leads Chintu to resort to lies and subterfuge and to do everything in his power to keep the truth from his unsuspecting wife.

When Vedika does stumble upon what is going on behind her back, she is understandably shocked. But she does not mope. She walks out of the marriage, leaving Chintu to repent his misdemeanours. The last half hour of Pati Patni Aur Woh, which is devoted to the man learning the hard way that love is more than just skin deep, is a drag. In the first half hour, the setting of the stage is no great shakes either. 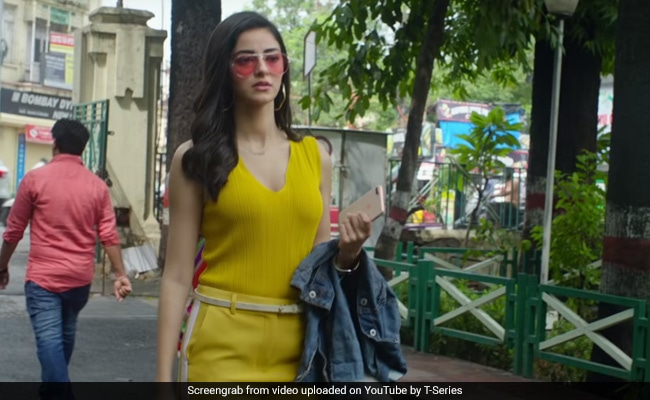 A part of the middle portion is funny as Chintu and Fahim devise ways to keep the wayward husband out of harm's way. But the two women in the hero's life whose paths cross for the first time when both land up in the PWD building with the intention of having lunch with the guy, are never in danger of losing their composure.

The actors give the film all they have. Kartik Aryaan is quick to hit his straps, Bhumi Pednekar pulls off the sultry siren with as much ease as she does the settled-into-domesticity persona, and Ananya Panday is perfectly cast as the wide-eyed girl who sweeps the hero off his feet but holds her own ground. Aparshakti Khurrana as the fast-talking Fahim serves as the perfect foil to adulterous hero.

This iteration of Pati Patni Aur Woh manages to convey two truths: one, Bollywood's fictional heroines have evolved much faster than their male counterparts and two, film comedies that Mumbai churns out these days are no patch on the ones that the industry produced in earlier decades. Yet, this is a passable substitute for the real thing, which was far livelier and wittier.