Parmanu - The Story Of Pokhran: John Abraham Returns With A Chapter From Indian History

After weeks of legal battle, John Abraham won the right to release the film under his production banner 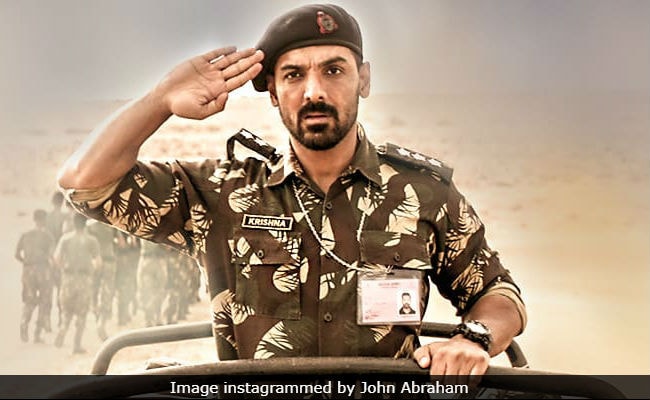 New Delhi: John Abraham is back with full Force (pun intended) after two years. His new film Parmanu - The Story Of Pokhran is all set to open in theatres tomorrow. Parmanu, which also stars Diana Penty, Boman Irani and Yogendra Tikku, is the fictionalised retelling of the events of nuclear bomb test conducted by the Indian Army at Pokhran in 1998.Parmanu - The Story Of Pokhran would have released earlier this year but the makers decided to postpone to avoid clash with Sanjay Leela Bhansali's "Padmaavat" and then with Anushka Sharma's Pari. Parmanu's release date was also delayed due to a conflict between John's production company, JA Entertainment, and former co-producers KriArj Entertainment owned by Prernaa Arora.

After weeks of legal battle, John Abraham won the right to release the film under his production banner without crediting KriArj Entertainment.

Watch the trailer of Parmanu - The Story Of Pokhran:

When asked why he took two years to return to the big screen, John told news agency IANS: "I like taking time for the right subject. So, I am very happy to wait for two years and come back with this film. After Force 2 I could have signed 10 films out of insecurity, but I didn't do that. As a producer, I have the authority to decide what kind of film I want to do and what not."

Promoted
Listen to the latest songs, only on JioSaavn.com
Parmanu - The Story Of Pokhran releases with Bioscopewala, a Deb Medhekar-directed film, which has toured several international film festivals. The clash of Parmanu and Bhavesh Joshi Superhero was averted after the latter postponed the release date to June 1.