Pagalpanti Trailer: Make Sense Of Anil Kapoor, John Abraham And Ileana D'Cruz's Film If You Can

The disclaimer by team Pagalpanti - "Dimag mat lagana kyuki inme hai nahin" - sets the expectation for the trailer and by extension the film. 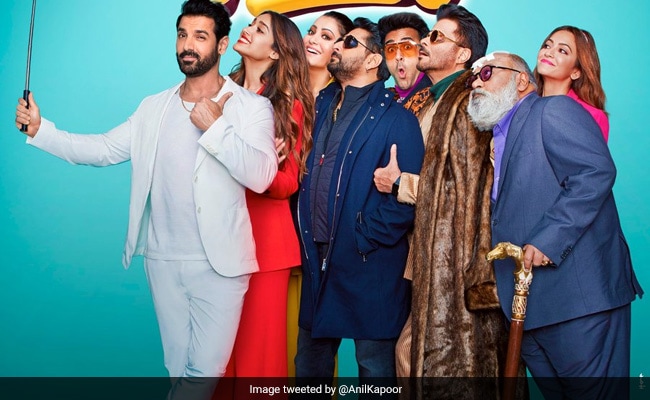 The trailer of Pagalpanti, the ensemble cast of which includes Anil Kapoor, John Abraham, Arshad Warsi, Ileana D'Cruz, Kriti Kharbanda, Pulkit Samrat and Urvashi Rautela, dropped on the internet on Tuesday. Going by the three-minute clip, the film neither has humour nor a plot. The disclaimer in the beginning - "Dimag mat lagana kyuki inme hai nahin" - sets the expectation for the trailer and by extension the film. In Pagalpanti, three nobodies decide to fool two gangsters to become rich. Their girlfriends help them in this task, which forms the film's plot. Pagalpanti is backed by the makers of Welcome, No Entry, Singh Is King and Ready - all of were well-received by cinephiles. But the fate of Pagalpanti appears to be quite different.

PS: In sync with the trend of recreating old songs, the makers of Pagalpanti have incorporated the revised version of Tum Par Hum Hai Aatke from Pyaar Kiya To Darna Kya.

Pagalpanti, which went on floors earlier this year, is primarily shot in London while parts of the film have been made in Mumbai and Hyderabad. The film is produced by Bhushan Kumar and it is set to open in cinemas on November 22.

Apart from Pagalpanti, Anil Kapoor has Malang and Takht in the pipeline while John Abraham has Satyameva Jayate 2 and Mumbai Saga up his sleeve. Pagalpanti is Ileana's solo release for 2019 while she has signed up for The Big Bull, opposite Abhishek Bachchan, which is slated for 2020 release.