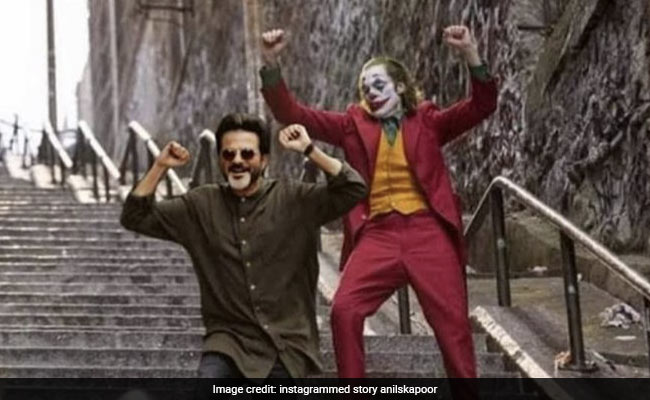 A social media user thought it would be cool to photoshop Anil Kapoor in a still from 2019 film Joker and obviously the 62-year-old actor agreed, as he shared the said meme on his Instagram story. The meme gives Todd Phillips-directed Joker a bit of Bollywood tadka. It uses a famous quote of the eponymous character (played by Joaquin Phoenix) from the movie, "All I have, are negative thoughts," and adds Lakhan's logic to it, "Just Dhina Dhina Dha it... All your thoughts will be bole toh ekdam jhakaas." Lakhan is among the iconic characters played by Anil Kapoor onscreen in the movie Ram Lakhan and his introductory song is My Name Is Lakhan (Dhina Dhin Dha).

Here's what is meant to happen if the Joker meets Lakhan: 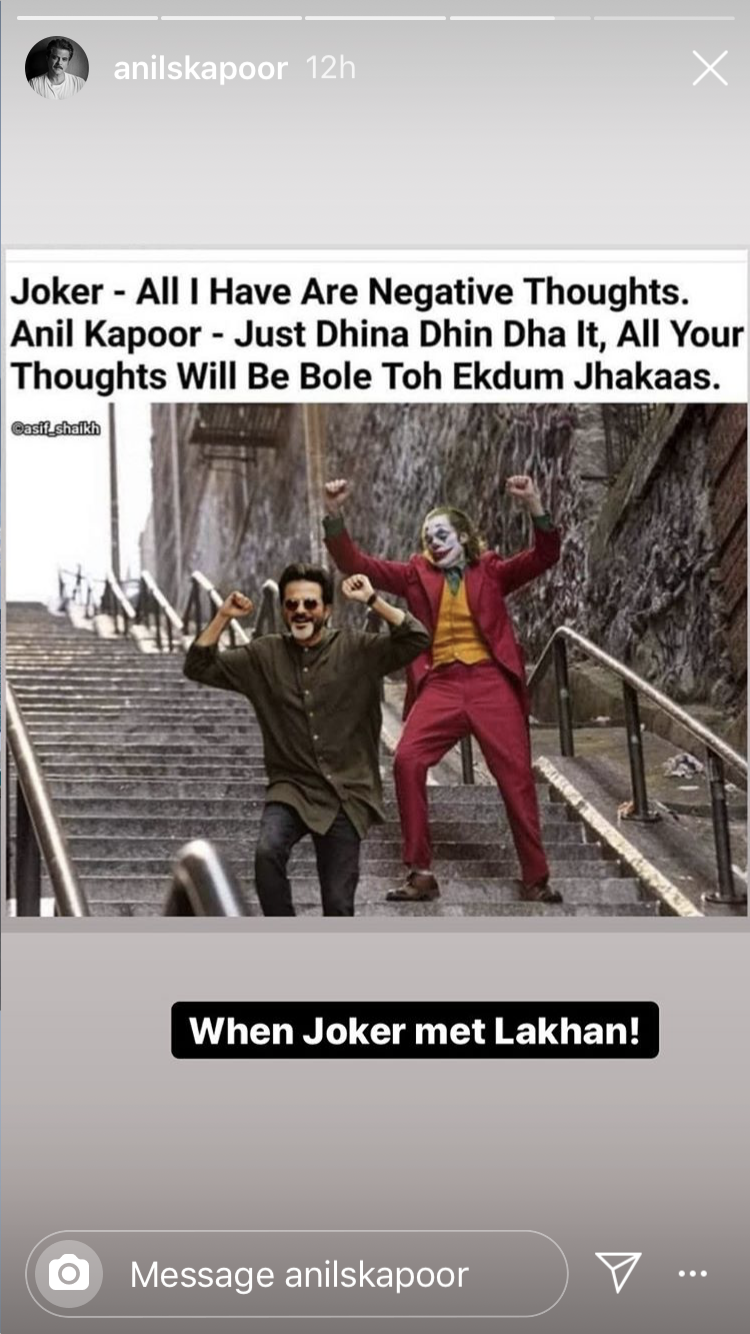 Joker, based on an iconic villain from the DC Comics universe, is the origin story of the character set in the Eighties. The film follows Arthur Fleck's journey from a failed stand-up comedian to the most dreaded villain of Gotham City. In India, Joker released on October 2 alongside Hrithik Roshan and Tiger Shroff's War and Chiranjeevi's Sye Raa Narasimha Reddy. The film is going strong in India despite War's explosive performance at the box office.

Meanwhile, Anil Kapoor, who was last seen in 2019 film Total Dhamaal, is awaiting the release of Pagalpanti, a comic caper directed by Anees Baazme. He has also signed up for Mohit Suri's drama film Malang and Karan Johar's period piece Takht, which is expected to go on floors later this year.