Padmavati's Deepika Padukone On Working With Shahid Kapoor: 'A Special Film Had To Bring Us Together' 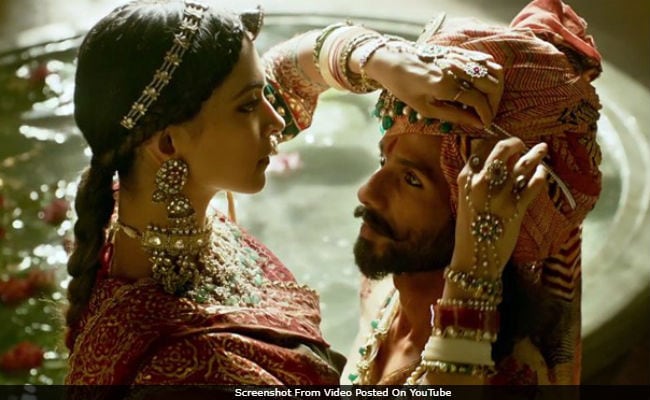 New Delhi: Deepika Padukone and Shahid Kapoor will be sharing screen space for the first time in Sanjay Leela Bhansali's forthcoming release Padmavati, which is scheduled to hit the screens this December. Padmavati, the story based on Rani Padmini of Chittor, played by Deepika, stars Shahid as her husband Rawal Ratan Singh and Ranveer Singh as Alauddin Khilji. The 31-year-old actress believes she couldn't have asked for a better film apart from Padmavati to mark her and Shahid's first collaboration. "Shahid and I have known each other for so many years, but a special film like Padmavati brought us together onscreen," Deepika told mid-day.

The first song from the film, titled Ghoomar, featuring Deepika and Shahid, was unveiled a few weeks ago and another song on them, Ek Dil Ek Jaan, depicting Rani Padmini and Rawal Ratan Singh's chemistry, released today.

"His contribution to this film is irreplaceable. It was important to have a good actor, with a strong screen presence and massive popularity to add to this film. Shahid brought that with him," Deepika told mid-day.

Of playing Rani Padmini, the Queen of Chittor, Deepika said, "I can't remember the last time I was so nervous. I think it is the function of the fact that this one is completely different from any of my previous roles. My role is not from the heart or head, it's from the gut."

Promoted
Listen to the latest songs, only on JioSaavn.com
Several Rajput outfits have opposed to Padmavati's release. They claim that the film wrongly imputes a romance between Padmini and Khilji, which director Sanjay Leela Bhansali has denied. Also, they earlier alleged that historical facts have been distorted in Padmavati and asked Mr Bhansali to show the film prior to the release.