Uunchai Done, 5 Films On Friendship To Watch This Weekend

Uunchai released in theaters on November 11. 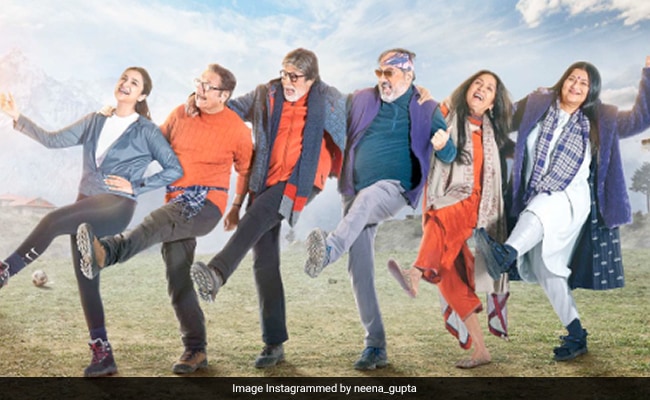 This weekend, cinephiles have cleared their schedules for Sooraj Barjatya's Uunchai. It is his comeback movie as a director after 2015's Prem Ratan Dhan Payo. Uunchai is the story of four friends – played by Amitabh Bachchan, Anupam Kher, Boman Irani and Danny Denzongpa – who are in their twilight years. After an unfortunate event, they decide to fulfill their friend's last wish by trekking to Mount Everest together. While Uunchai is a wholesome movie that will make you laugh and cry at the same time, Bollywood has given us many films where the on-screen friendships of the lead actors have redefined the meaning of a friend for us. For example, Jai and Veeru from Sholay – the names that are synonyms for great friendship. How can we forget about Bikram and Bala from Gunday? Or Munna Bhai and Circuit from Munna Bhai M.B.B.S? These characters have given us friendship goals.

So, without delay, revisit the five best on-screen friendships this weekend if you liked Uunchai:

Ramesh Sippy's 1975 classic is one of the first few films that come to our mind when we think about friendship. When Jai (played by Amitabh Bachchan) jokingly said, “Saala nautanki ghadi ghadi drama karta hai” for Veeru (Dharmendra), we all reminisced our fun-filled moments with our BFFs. Right?

A chemistry like that of Murliprasad Sharma aka Munna Bhai (Sanjay Dutt) and Sarkeshwar Sharma aka Circuit (Arshad Warsi) is rare to find. Their camaraderie and banter in this 2003 film will still bring a smile to your face. In case you don't recall – Munna is a gangster with a golden heart who decides to fulfill his father's dream of becoming a doctor.

In this Rajkumar Hirani-directed film, Aamir Khan as Rancho, R Madhavan as Farhan and Sharman Joshi as Raju made us reminisce our college days like never before. 3 Idiots, which is based on Chetan Bhagat's novel Five Point Someone, also stars Kareena Kapoor as Rancho's love interest and Boman Irani as the trio's professor.

Rahul and Anjali – these two showed us that friends light up our lives and support us no matter what. The onscreen chemistry between Shah Rukh Khan and Kajol was as brilliant as the one shared by them off-screen. Kuch Kuch Hota Hai was directed by the duo's close friend Karan Johar.

So, what are you waiting for? Spend your weekend binge-watching these movies.