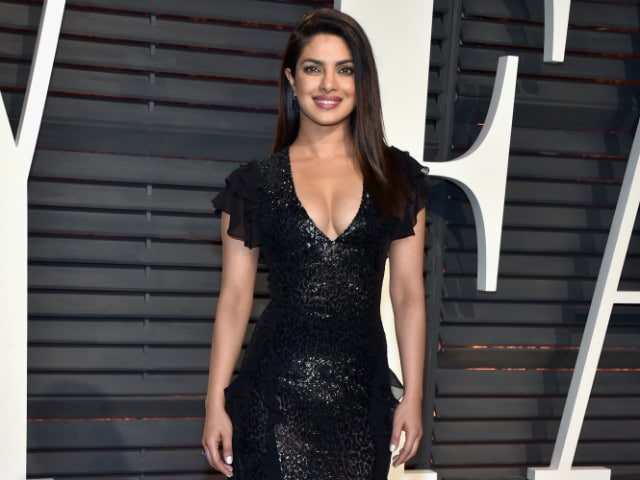 New Delhi: Everyone goes to the Vanity Fair after party once the Oscars end and, duly, so did Priyanka Chopra, who was at the 89th Academy Awards in Los Angeles. Priyanka, 34, changed out of her red carpet look to something more conducive to dancing - a black dress made of sequins (we imagine her doing a flamenco or some such in it). Priyanka Chopra was at the Oscars a second year in a row. She presented an award last time and her Zuhair Murad gown was also the seventh most Googled Oscar dress. This year, she was a spectator - and hopefully will give us a first-hand account of how chaotic it was when La La Land was mistakenly announced as having won Best Film (the real winner was Moonlight).

The black party dress was like the yin to the yang of the dress Priyanka Chopra wore to the Oscars. She walked the red carpet looking very polished in a silver column by Ralph and Russo, self-checked with a geometric pattern. The strapless dress was cut daringly low down the sides of the bodice, which is why it was probably a good idea Priyanka changed out of it into a more dance-friendly number. 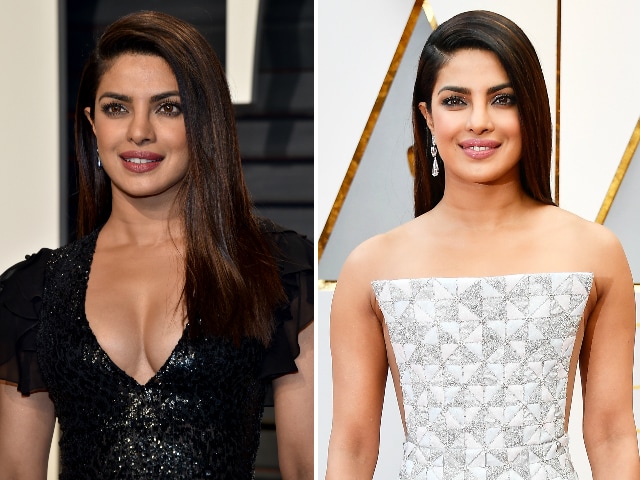 Oscars 2017: Priyanka's black dress was like the yin to the yang of the red carpet dress (courtesy: AFP)

She also ate a burger after getting out of the bodycon dress:

Promoted
Listen to the latest songs, only on JioSaavn.com
At the Vanity Fair party, Priyanka Chopra will likely hang out with compatriot Deepika Padukone, who she was also spotted with at a pre-Oscars party. Actor Live Schreiber, who was Priyanka Chopra's co-presenter at the Oscars last year, was also at the after party.

Priyanka Chopra, also spotted at the Golden Globes this year and the after party, stars in the American series Quantico. She is currently prepping for her Hollywood debut Baywatch, opposite Dwayne 'The Rock' Johnson, who introduced one of the performances at the Oscars, and Zac Efron.