On Twinkle Khanna's Writing Desk, You Can Find These Things 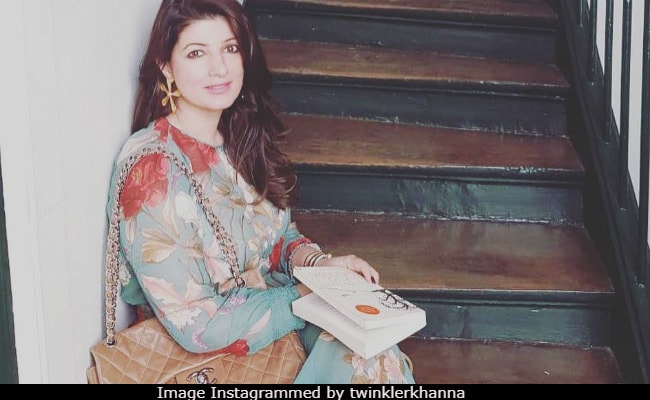 New Delhi: Twinkle Khanna is currently concentrating on her third book (she is the bestselling author of two books already) and are sharing Twitter updates for those who are interested to know what her writing desk looks like. On Wednesday, Twinkle chanced upon a meme about a writer's desk, which appeared to inspire her to write about her own desk. So, if you are wondering what are the things you can find on Twinkle's writing desk, here's the answer - "A spoonful of despair mixed with tepid coffee and my ruthless editor's face with two darts sticking out." Twinkle has authored Mrs Funnybones and The Legend Of Lakshmi Prasad so far.

Here are the things which will tell you that you've arrived at Twinkle's writing desk.

A spoonful of despair mixed with tepid coffee and my ruthless editor's face with two darts sticking out :) https://t.co/tBONgqfEEJ

Now that you know what's on Twinkle's writing desk, do you remember being informed about what (read who) are usually around Twinkle's writing chamber? Twinkle, a mother of two, opened up about the cons of having a writing desk stationed in an open area, and wrote: "A writing desk and no door to lock-which means that Saturday mornings I have to flee to the office to write in peace because of my two monsters prowling around #mydeskismycastle." Twinkle and Akshay Kumar are parents to son Aarav, 15, and daughter Nitara, 5.

Hence, Mrs Funnybones made the best of an empty house when Akshay and the kids were away recently and she had the entire house to herself. She's "almost done" with her third book and this is what she tweeted last week: "Sent the husband with the in-laws and now the kids are packing and flying away for the summer while I stay back and finish book no 3!" LOL.

Sent the husband with the in-laws and now the kids are packing and flying away for the summer while I stay back and finish book no 3! #writinglife#almostdonepic.twitter.com/PpJbjHhPBG

Promoted
Listen to the latest songs, only on JioSaavn.com
Now that Twinkle's previous releases have topped the shelves, her third book is indeed eagerly being awaited.

I guess according to numerology 1 is perhaps my lucky number :) #DelhiAirport #Relay #thelegendoflakshmiprasad #mrsfunnybones

Twinkle Khanna, a former actress, is also an interior and a celebrated columnist. She also wrote and produced Akshay Kumar's PadMan, a film on the importance of menstrual hygiene.