Akshay Kumar And Kids Are Away. Twinkle Khanna Shares What She's Up To Now 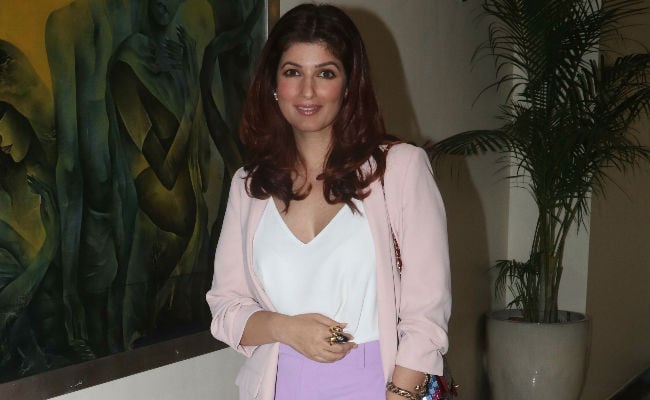 New Delhi: Twinkle Khanna, who had previously posted about the cons of having a writing desk stationed in an open area and not behind closed doors, tweeted to say that she finally has the entire house to herself! Twinkle, who is married to actor Akshay Kumar and the duo are parents to Aarav, 15, and Nitara, 5, hinted at the difficulties of multi-tasking with her duties as a mother, a wife and as an actress-turned-writer-turned-entrepreneur in a tweet on Thursday. But now, one thing is certain that we can expect Twinkle Khanna's third book sometime soon! "Sent the husband with the in-laws and now the kids are packing and flying away for the summer while I stay back and finish book no 3," Twinkle tweeted.

Meanwhile, Twinkle's faithful readers are rather excited about the prospect of a third book from their favourite Mrs Funny Bones. "Awaiting it!" read a comment while another user wrote: "Looking forward to it! Absolutely loved the previous two". "Big fan of your books can't wait to read the next one ...Happy writing," added another netizen.

Sent the husband with the in-laws and now the kids are packing and flying away for the summer while I stay back and finish book no 3! #writinglife#almostdonepic.twitter.com/PpJbjHhPBG

Over the weekend, Twinkle shared why she has to check in to her office to continue her writing jobs uninterrupted: "A writing desk and no door to lock-which means that Saturday mornings I have to flee to the office to write in peace because of my two monsters prowling around #mydeskismycastle," is what she captioned this photo.

It appears Twinkle's aspired routine for the day is also often interrupted by the furry member of the family:

Promoted
Listen to the latest songs, only on JioSaavn.com
Meanwhile, here's a glimpse of Twinkle's popularity as an author. Twinkle has authored two best-selling novels so far - Mrs Funnybones and The Legend Of Lakshmi Prasad.

I guess according to numerology 1 is perhaps my lucky number :) #DelhiAirport #Relay #thelegendoflakshmiprasad #mrsfunnybones