"Fiddler on the roof," Navya Naveli Nanda captioned the post 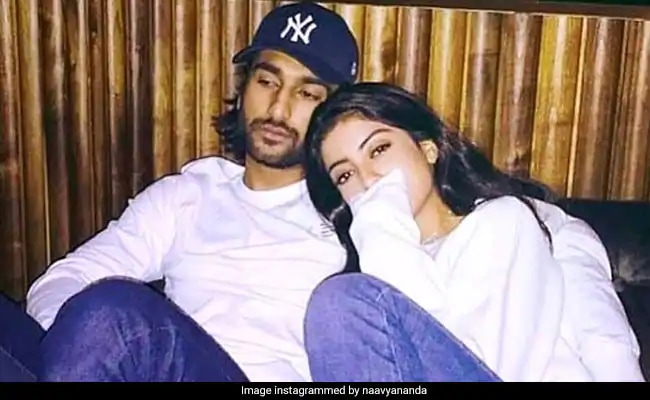 Shweta Bachchan Nanda's daughter Navya Naveli Nanda and Jaaved Jaaferi's son Meezaan Jaaferi occupied a top spot on Sunday's list of trends courtesy their recent Instagram exchange. Navya and Meezaan are rumoured to be dating each other. Navya, who recently made her Instagram profile public, has actively been sharing posts from different facets of her life on social media. On Saturday, she shared a set of pictures, in which she can be seen sitting on her rooftop with her face covered with her hair. She captioned the post: "Fiddler on the roof." In the comments section of her post, Meezaan left a comment that read: "Can you show your face." He added a heart and a heart-eyed emoji to the comment.

This is what Navya Nanda posted: 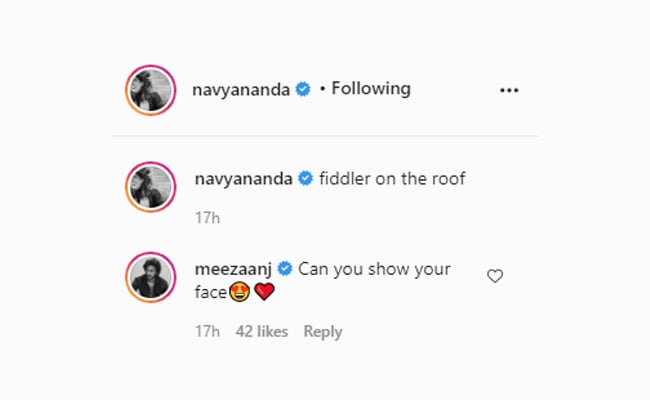 Meezaan Jaaferi, in an interview with Mumbai Mirror last year said that he and Navya Nanda are just "good friends": "We're from the same friends' circle. She's my sister's bestie and a really good friend. I'm not in any relationship with anyone." Meezaan was referring to his sister Alaviaa Jaaferi, who is one of Navya's closest friends. Navya often features on Alaviaa's Instagram posts.