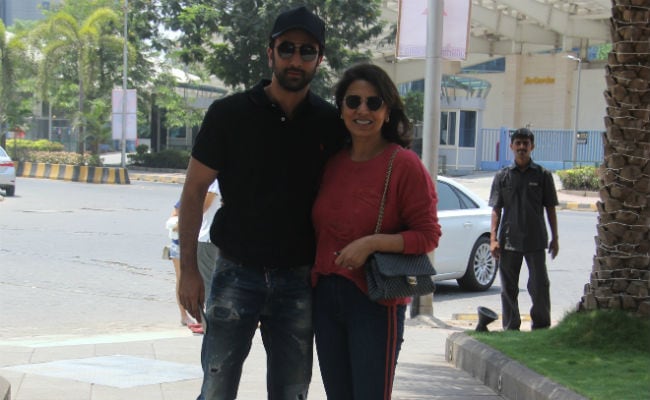 New Delhi: Ranbir Kapoor may be busy but he knows how to please his mom Neetu Kapoor. On Mother's Day, the 32-year-old actor took Neetu Kapoor out for lunch in a suburban Mumbai restaurant. Paparazzi clicked picture of Ranbir and Neetu Kapoor arriving at the Bandra eatery and the mother-son duo them happily posed for the shutterbugs. Ranbir is the younger of Rishi Kapoor and Neetu Kapoor's two children. Ranbir's sister Riddhima could not join them lunch and she was missed, as Neetu Singh wrote on Instagram. Riddhima Kapoor is married to businessman Bharat Sahni and they are parents to 7-year-old Samara, who is the frequent star of Rishi Kapoor and Neetu's Kapoor's Instagram page. 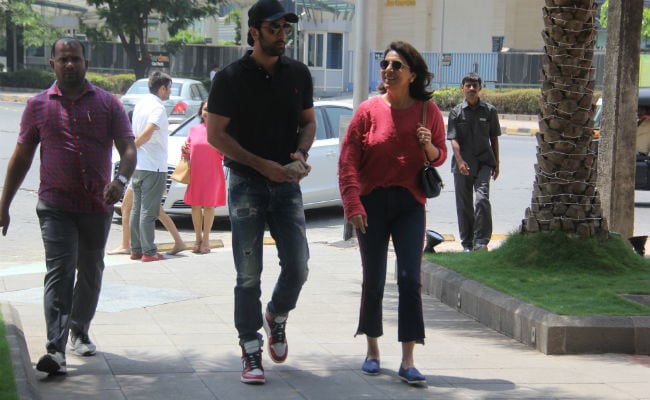 Recently, neetu Kapoor shared a snippet from her interview with a television channel, in which she compared the temperaments of Ranbir and Rishi Kapoor. "He's (Rishi Kapoor) a brat. He's a bully and he's loud... (while Ranbir is) totally down-to-earth, he's simple and he never loses his cool," she said. And like Neetu Kapoor captioned the post, Rishi Kapoor's expression was "priceless."

This was totally unintentional was asked to compare junior n senior !!! His expressions Priceless #nofilter #funny

Ranbir Kapoor is gearing up for the release of Sanju, a biopic on actor Sanjay Dutt, in which he plays the title role. The Rajkumar Hirani-directed film is releasing on June 29.

Promoted
Listen to the latest songs, only on JioSaavn.com
Ranbir Kapoor is currently filming Brahmastra co-starring Alia Bhatt, Mouni Roy and Amitabh Bachchan. The film is produced by Karan Johar and directed by Ayan Mukherji. Team Brahmastra filmed portions of the movie in Bulgaria a few months ago. The first part of the trilogy will release next year.

Apart from Brahmastra, Ranbir Kapoor has signed up for period piece Shamshera, which is backed by Yash Raj Films and directed by Karan Malhotra.
Comments
ranbir kapoorneetu kapoormothers day 2018