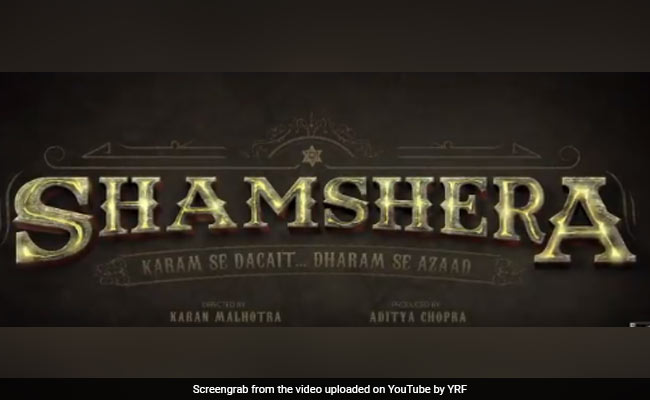 A still from video posted in Youtube by YRF (CourtesyYoutube)

New Delhi: Yash Raj Films dropped in the first look of their next project starring Ranbir Kapoor and we are all set to witness the actor in a never seen before avatar. YRF announced their next with Ranbir where he plays a deadly dacoit; the project has been titled as Shamshera. What looks like a high octane action drama film, Shamshera will be helmed by Karan Malhotra. With films like