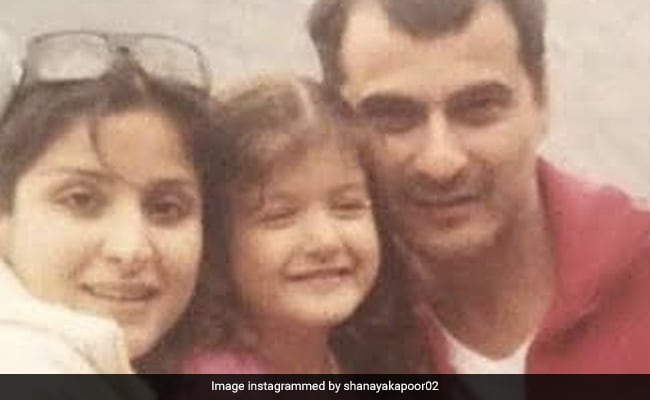 Happy birthday, Maheep Kapoor. The Bollywood wife with a fabulous life turned a year older on Thursday. Needless to say, her husband, actor Sanjay Kapoor, and their daughter Shanaya Kapoor were the first ones to wish her on social media. Both Sanjay and Shanaya picked throwback gems featuring the birthday girl for their respective posts. In one of the pictures, Maheep and Sanjay Kapoor can be seen posing happily with little Shanaya while another one is from Maheep's pregnancy diaries. Wishing her mom, Shanaya Kapoor wrote: "Happy birthday bestie. I love you mumma" with a red heart icon. Sanjay Kapoor kept his caption simple and sweet: "Happy birthday." Maheep reacted to both the posts with heart emojis.

Here's how Sanjay and Shanaya Kapoor wished Maheep on her birthday:

Maheep Kapoor was a model and an aspiring actress when she married Sanjay Kapoor. She was supposed to make her Bollywood debut in a film titled Shivam, co-starring Panini Raajkumar (the son of late actor Raaj Kumar) but her film didn't make it to theatres.

In terms of work, Maheep Kapoor will next be seen in the second season of Fabulous Lives Of Bollywood Wives, which is expected to release this year.