"I love you the most," wrote Suhana Khan 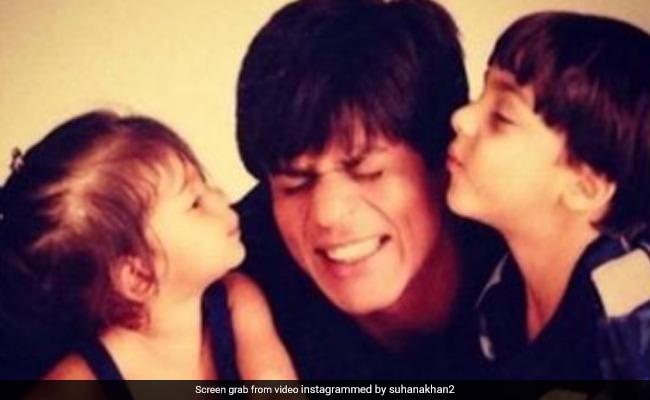 On Shah Rukh Khan's 57th birthday, the actor's daughter Suhana Khan handpicked a precious memory from her childhood, which she shared on her Instagram story on Wednesday afternoon. The picture shared by Suhana features her along with dad Shah Rukh Khan and brother Aryan. Little Aryan and Suhana can be seen posing with SRK as the actor smiles with all his heart. Adorable can't even begin to describe the picture. Suhana Khan, in her greeting for dad SRK wrote: "Happy birthday to my best friend." She added, "I love you the most," along with a heart emoji.

This is what Suhana Khan posted: 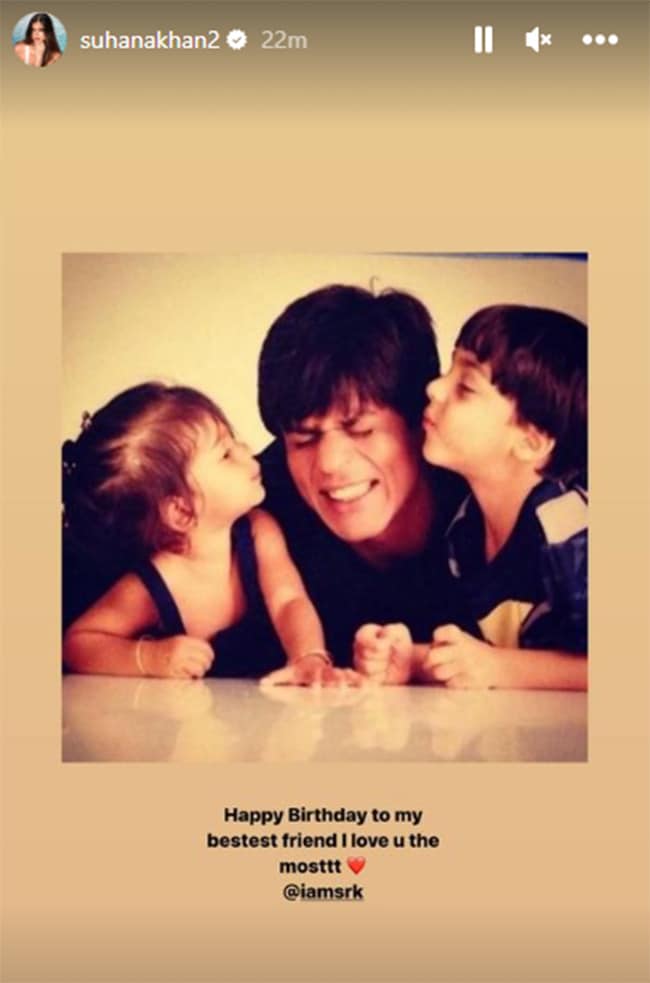 Suhana Khan, daughter of superstar Shah Rukh Khan and interior decorator Gauri Khan, completed her higher studies from New York. Before that she studied films at Ardingly College. Suhana Khan, who has also done theatre shows in the past, featured in a short film titled The Grey Part Of Blue, directed by Theodore Gimeno.

Shah Rukh Khan married Gauri Khan in 1991. The star couple are parents to Aryan, 24, (their eldest child), daughter Suhana and 9-year-old AbRam. Aryan Khan graduated from University Of South California. Suhana (22) is shooting for Zoya Akhtar's The Archies. The film will mark her acting debut.