"Festivities be celebrated but each day the intent of work keeps on," tweeted Amitabh Bachchan 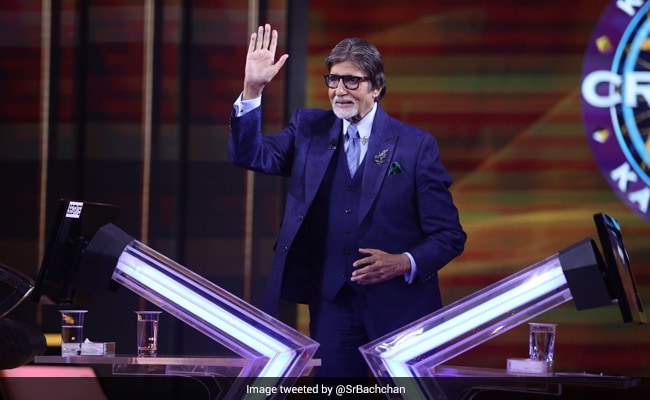 Bollywood veteran Amitabh Bachchan, who is currently seen as the host of the TV quiz show Kaun Banega Crorepati 12 , shared a picture from the sets of the show on his Twitter profile on Sunday. In his tweet, Big B wrote: "Work is worship...Festivities be celebrated but each day the intent of work keeps on...Work is the master. Work is the deliverance. Idleness is the wall, jump over it and achieve .. Face each resistance and show it the intent of your work." A few hours after Big B shared the post, his son and Bollywood actor Abhishek Bachchan shared the tweet and he wrote: "This.. #Inspiration."

On Big B's 78th birthday, Abhishek Bachchan shared this gem of a picture from his father's childhood days.

Abhishek Bachchan will next be seen in The Big Bull, which will release on Disney+Hotstar. His line-up of films also includes Anurag Basu's Ludo, a film based on Bob Biswas and Gulab Jamun. The actor was last seen in Amazon Prime Video's web-series Breathe: Into The Shadows.