This Is How Amitabh Bachchan Begins His 15-Hour Work Day 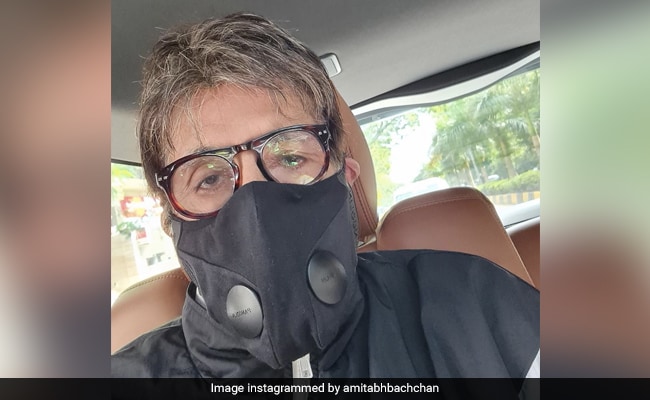 Bollywood veteran Amitabh Bachchan, 77, began his day with a selfie that he clicked in his car. Big B, who is seen hosting the popular TV quiz show Kaun Banega Crorepati 12, posted a picture before heading to work for the TV show, which he shoots in Mumbai. On Wednesday morning, the actor posted a selfie (something he loves doing) on his Instagram profile and added a caption, where the rhyme was totally on point. See for yourself. This is what the actor captioned his post in Hindi: "Chale hum bhaiya, kaam pe, pehne pangolin mask. Pandreh ghante kaam karna hai, yahi hai apna task (We are off to work, wearing a Pangolin mask. Have to work for 15 hours, that is our task)."

Amitabh Bachchan has been sharing updates from the sets of Kaun Banega Crorepati 12 since the last few months. The actor, who recovered from COVID-19 in August, started working on the new season in May but he took a break after he was diagnosed with the coronavirus in July. He resumed the shoot last month and has been sharing glimpses of the new KBC set on social media since then. Take a look:

Amitabh Bachchan was last seen in Shoojit Sircar's Gulabo Sitabo, co-starring Ayushmann Khurrana. The film released on Amazon Prime in June and it opened to largely positive reviews. The actor's upcoming projects include Ayan Mukerji's Brahmastra, co-starring Alia Bhatt and Ranbir Kapoor, and Chehre, alongside Emraan Hashmi. He will also be seen in the sports drama Jhund.