Kaun Banega Crorepati 12, Episode 1 Written Update: Amitabh Bachchan Is Back With A Bang, Abhishek Is His Biggest Cheerleader

Kaun Banega Crorepati 12: Amitabh Bachchan, who always gets chatty with the contestants, got emotional after learning about how the contestant's family struggled financially during the lockdown period. 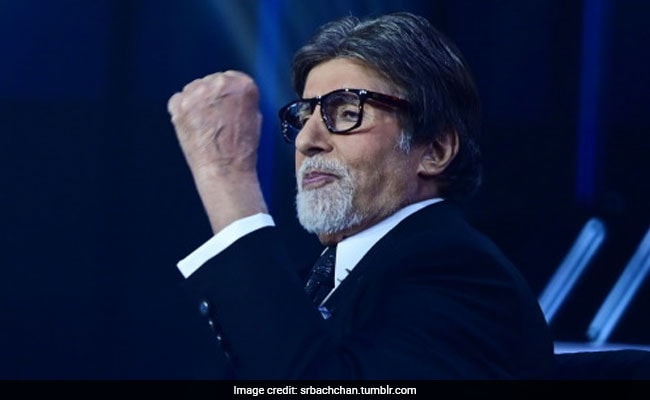 Kaun Banega Crorepati is back with its 12th season and so is show host Amitabh Bachchan. Kaun Banega Crorepati 12 premiered on Monday with Amitabh Bachchan setting the mood for game night just right with his son Abhishek cheering for him on social media. Just hours before the big premiere, Abhishek tweeted: "9 baj gaye kya? Can't wait." Amitabh Bachchan started the show with a poem, which highlights the importance of Wapas Aana Padhta Hai, and a motivational speech about battling "setbacks" with comebacks", which is the theme of this season. Just as the show began, Abhishek shared Big B's recitation on the show - "Bola Bachchan," Abhishek wrote for Big B. Here's how Abhishek cheered for dad Amitabh Bachchan:

Keeping social distancing norms in mind, as a precautionary measure in the time of the coronavirus pandemic, Kaun Banega Crorepati 12 has adopted new rules and regulations - only eight contestants can now participate in the Fastest Finger First round. The 'Audience Poll' lifeline has been replaced with 'Video A Friend' as there's no live audience this season. Ministry of External Affairs Secretary Vikas Swarup has joined the show as an expert for the 'Excerpt Advice' lifeline.

20-year-old Aarti Jagtap, an engineering student from Bhopal, became the first contestant to join Amitabh Bachchan on the Hot Seat. Mr Bachchan, who always gets chatty with the contestants, got emotional after learning about how the contestant's family struggled financially during the lockdown period. He applauded Aarti Jagtap for pursuing her studies even in adverse conditions at home. Aarti Jagtap left the show with a prize money of Rs 6.4 lakh. Meanwhile, Amitabh Bachchan was as sprightly as ever, reminding us yet again, nobody hosts KBC better than the megastar.

Here are some of the questions which featured on the premiere episode of Kaun Banega Crorepati 12:

# According to our Ministry Of Health and WHO, you should wash your hands for at least how many seconds to prevent the spread of COVID-19?

# Which river passes through marble stones in Bhedaghat in Madhya Pradesh?

# Which actor has a film production company that has the name of a spice in its name?

# In Jan 2020 Rani Rampal became the first ever player in which sport to win the 'World Games Athlete Of The Year 2019' award?

# A professional examination board popularly called Vyapam conducts various tests for admission to professional courses in which of these states?

# According to the Mahabharata, who among these was not Arjun's wife?

# The release of which chemical led to the Bhopal gas tragedy in 1984?

# Who actually invented the telescope in 1608?

The second contestant who joined Mr Bachchan on the episode was Sonu Kumar Gupta, a service technician from Uttar Pradesh. He confidently tackled all the questions in the first phase of the game. He will continue to play the game on Tuesday's episode.

Amitabh Bachchan, who recently wrote he is "addicted to KBC," has been sharing details about the precautionary measures taken on the sets of the show. Mr Bachchan was diagnosed with COVID-19 in July - he recovered after a few weeks and returned to work soon after. Amitabh Bachchan has hosted all seasons of Kaun Banega Crorepati except one since its inception in 2000.