Sharing a news article about the California supermom, Anushka Sharma said a thousand words in just a few 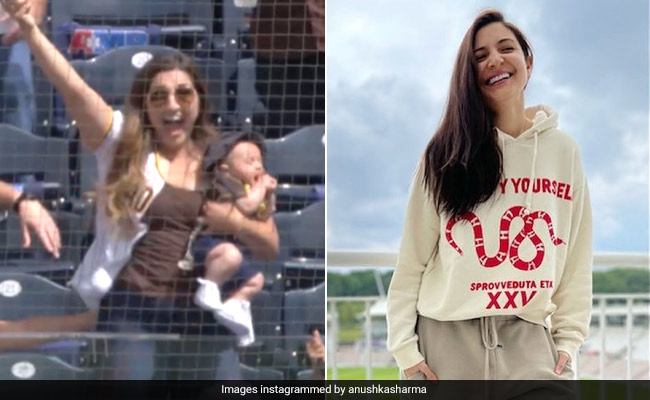 In case you missed Anushka Sharma's shout out to moms out there, you need to read on. The 33-year-old actress is currently in UK with husband Virat Kohli for the world test championship. Accompanying them is their five-month-old daughter Vamika - Anushka and Virat welcomed their baby daughter in January. Since then, Anushka often shares glimpses of her mom life on Instagram and recently, she posted something similar on her Instagram story about a 'supermom'. A video of a California mom nailing a one-handed catch while holding her son with the other hand is crazy viral on the Internet. The video if from the Major League Baseball in California and the woman, now identified as Lexy Whitemore, has been attributed the title of a 'supermom' by the Internet.

Sharing a news article about the California supermom, Anushka Sharma said a thousand words in just a few: "Nothing we cannot do." 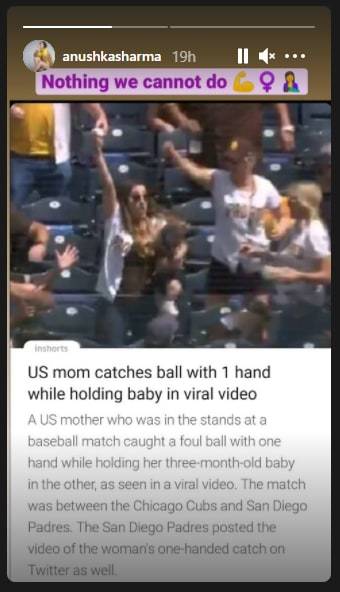 Meanwhile, the video of the baseball match was shared by Major League Baseball's official YouTube handle and has almost 4 lakh views and 2,300 likes.