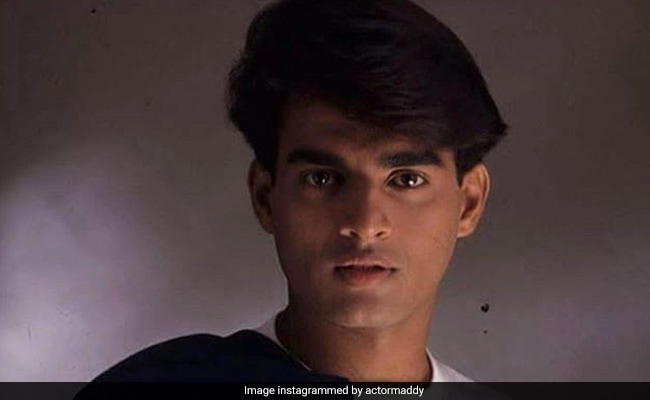 Actor R Madhavan just made our day with his Throwback Thursday post. In case you are wondering, the 49-year-old actor took a trip down the memory lane and fished out a really old photo of himself that he hilariously captioned as "5,000 years old." But we bet you'll agree with us that R Madhavan still looks the same - hot and dashing. The throwback photograph of the Rehnaa Hai Terre Dil Mein actor appears to be from a photoshoot from almost three decades ago. In the picture, he can be seen posing for the camera wearing a white t-shirt and holding a blue blazer. Take a look:

Needless to say that fans on his Instagram went crazy and flooded his post with comments such as "You're still amazing" and "Handsome as always." One Instagram user wrote: "Whether it is 5000 year ago or 5 years ago, we love you R Madhavan sir." One of them even compared the photograph to a painting and commented: "I thought it was a painting."

R Madhavan rarely delights his fans by sharing throwback pictures of himself but whenever he has done, he has sent the Internet into a tizzy. Last year, the actor posted a really adorable picture of himself and his son Vedaant and wrote: "When the biggest thrill for my boy was to sit on his father's shoulders. Those were the days. Now I think he can lift me like this on his shoulders."

When The biggest thrill for my boy was to sit on his fathers shoulders. Those were the days. Now I think he can lift me like this on his shoulders.

Before that, he shared a picture of his graduation yearbook from Canada and took the Internet by storm. R Madhavan spent a year in Canada as part of an exchange programme with Rotary International in 90's. "Just saw my Graduation yearbook from Canada. A little blown by what I wrote for Ambition (AMB) 28 years ago... The Universe conspires... ha ha ha," he captioned his post.

Just saw my Graduation yearbook from Canada. A little blown by what I wrote for Ambition (AMB) 28 years ago.. the Universe conspires..ha ha ha

On the work front, R Madhavan will next be seen in Rocketry: The Nambi Effect, which is based on the life of former Indian Space Research Organisation (ISRO) scientist Nambi Narayanan.