No Folks, Ileana D'Cruz Is 'Not Pregnant'. Seen Her Post?

Ileana is not pregnant. Her words. Check out what she has to say 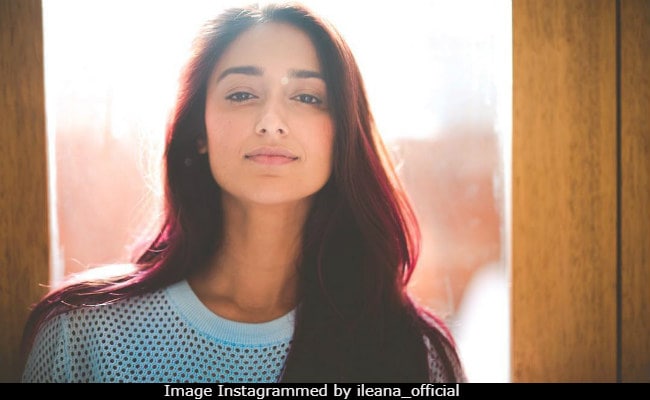 New Delhi: Ileana D'Cruz dismissed speculation about her "pregnancy" with just swish of her wit on Instagram. Posting two new photos, Ileana made it very clear that no baby is on the way for her, as was speculated by the Internet earlier. Filling up her Instagram with more entries from Andrew Kneebone Photography, she wrote 'not pregnant' in a post and for another, she added: "Inhale the good s**t and exhale the bulls**t." LOL. Earlier this week, Instagram followers began speculation about whether they spotted a baby bump on the 30-year-old actress or not after she Instagrammed a photo of hers in black separates paired with a cape.

But no folks, Ileana is not pregnant. Check out what she has to say:

Earlier, Ileana was asked "Are you pregnant?" after she posted this photo.

Bite me. Always bringing out the best in me by my love @andrewkneebonephotography

Ileana, who regularly features on Andrew Kneebone's photography page, is rumoured to be married to the photographer. The gossip mills began speculation after the Baadshaho actress referred to Andrew as "hubby" in a post she shared on Instagram last year. Sharing a photo from Christmas, she had written: "My favourite time of the year. Photo by hubby."

Promoted
Listen to the latest songs, only on JioSaavn.com
However, Ileana remains strongly tight-lipped about her personal life and hence, when asked about her relationship status in an interview during film promotions, this is what she told PTI: "I don't know what comment to make. Professionally, I am doing well. Personally also, I am doing well. Thank you. I don't think there's any comment to be made. I have kept my personal life fairly private. I don't like to talk about it too much. But it's pretty much there for the world to see."