Is Ileana D'Cruz Married To Andrew Kneebone? She Shared Pic By "Hubby"

"My favourite time of the year. Photo by hubby @andrewkneebonephotography," writes Ileana D'Cruz 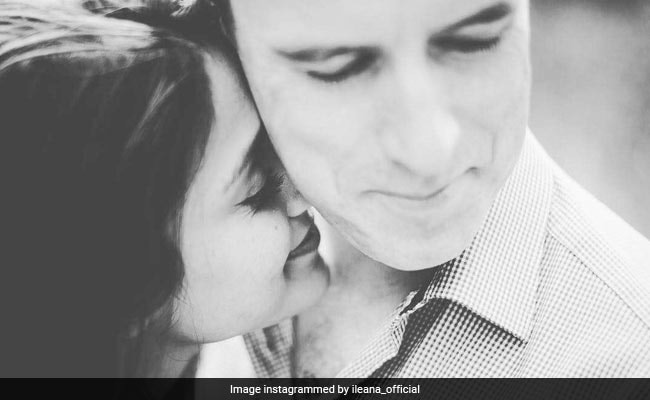 New Delhi: Are Ileana D' Cruz and boyfriend Andrew Kneebone married? Well, her new photo caption says so. On Sunday, Ileana posted a picture on Instagram on the occasion of Christmas featuring herself and a beautifully lit Christmas tree. What got the fans attention was the Baadshaho's actress' caption which read: "My favourite time of the year. #christmastime #happyholidays #home #love #family Photo by hubby @andrewkneebonephotography." Ileana's fans got excited enough and could not but notice her caption even on Christmas' eve. Some fans are wondering if Ileana secretly married Andrew while some posted comments such as "Married coz you mentioned Andrew Kneebone as your "Hubby" and the other user wrote: "Happy married life."

Ileana and Andrew (an Australian photographer) have been in a relationship for quite some time. And Ileana never fails to elate her fans and keeps posting adorable pictures with Andrew on social media.

Love is all you bloody need.

A moment. In a world of madness.

Earlier, Ileana spoke with Hindustan Times about her relationship with Andrew. In an interview Ileana said, "Initially, I was told to not speak about my relationship. And while I don't have an issue talking about it, it's unfair that people are being unnecessarily harsh to him (Andrew). It is unfair to subject him to harsh comments just because I am a celebrity. He is entitled to his privacy and respect and he deserves both in equal measure. He is a great person, and it did affect me when people left harsh comments on my social media posts. But I do give it back to nasty trolls."

Promoted
Listen to the latest songs, only on JioSaavn.com
Ileana D'Cruz worked in Telugu film for six years before she debuted in Bollywood opposite Ranbir Kapoor in Anurag Basu-directed Barfi!. Ileana has also featured in films like Phata Poster Nikhla Hero, Main Tera Hero, Happy Ending, Baadshaho and Rustom.

Ileana has yet not responded to her photo caption which reads: "photo by hubby."