Kriti Sanon has actively been sharing videos from her fitness diaries 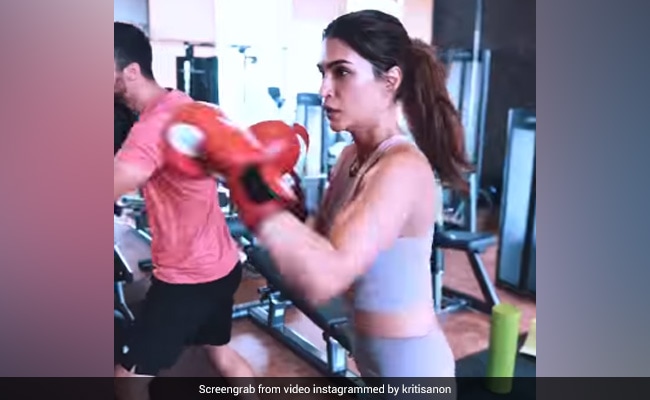 Kriti Sanon, who has quite a bit of a reputation as a fitness enthusiast, has been actively sharing videos from her workout routines - one post at a time. On Thursday, the Mimi star posted a video, in which she can be seen boxing along with her trainer. "No Excuses," she captioned it. Before that, she posted a video, in which she could be seen doing the BOSU (both sides up) challenge. Kriti captioned the video: "Workouts can be fun too!! All you gotta do is keep moving. Do this simple Bosu Challenge and tag me! Let's see who does it the better."

Here's what the actress posted earlier this week:

Here's another video from Kriti Sanon's workout diaries. She aptly captioned the post: "It's never too late for some Monday motivation." Take a look:

Kriti Sanon's impressive line-up of films includes Adipurush, co-starring Saif Ali Khan and Prabhas. She will also be seen in Bhedia, alongside Varun Dhawan. She will also star in Ganapath with Tiger Shroff.