The trailer of Newton shows how Newton (Rajkummar Rao) is assigned election duty in a naxalite area where people don't turn up to vote as they fear losing their lives. However, he is determined to bring a change 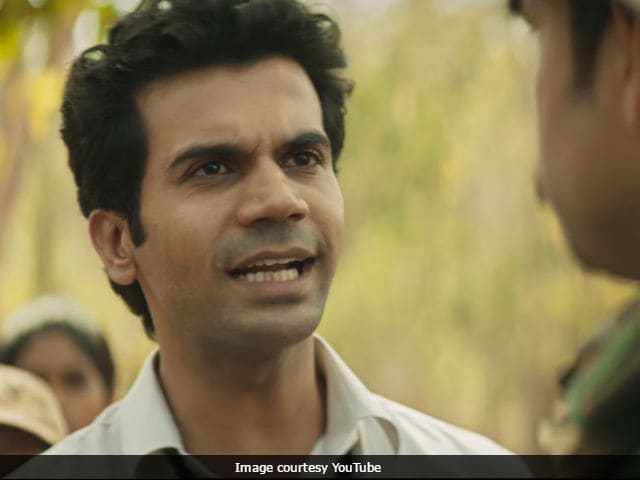 New Delhi: The trailer of Rajkummar Rao's much-talked about movie Newton has finally been unveiled by the makers of the film. The three-minute trailer begins with Newton (Rajkummar) looking for a match but the girl turns out to be a minor (16-year-old) so he declines the proposal. The trailer proceeds to show how Newton is assigned election duty in a naxalite area where people don't turn up to vote as they fear losing their lives. However, he is determined and decides to bring a change. "Jab tak hum kucch nahi badaloge na dost, tab tak kucch nahi badlega," says Newton. Pankaj Tripathi also features in the trailer. He will be portraying the role of local commander of a paramilitary troop.

Watch the trailer of Newton here:


Newton has been directed by Amit V Masurkar, who previously helmed 2013 film Sulemani Keeda and produced by Manish Mundra. The film had its world premiere in the Forum section of the 67th Berlin International Film Festival.

Rajkummar Rao unveiled the first poster of Newton in June. On the poster, the 32-year-old actor can be seen on the run with the Electronic Voting Machine. "He is coming. #Newton #SeedhaAadmiUltiDuniya," tweeted Rajkummar Rao.

See the poster of Newton here:

Promoted
Listen to the latest songs, only on JioSaavn.com
Newton was earlier scheduled to release in theatres on August 18. However, the film's release date was postponed and it will now hit the theatres on September 22.

Rajkummar Rao last featured in Bareilly Ki Barfi, co-starring Ayushmann Khurrana and Kriti Sanon. The film, which released on August 18, has managed to collect Rs 24.67 crore at the box office so far.