Newton Over Baahubali For Oscars. What S S Rajamouli Says

Baahubali: The Beginning opened in 2015 and won two National Awards the following year 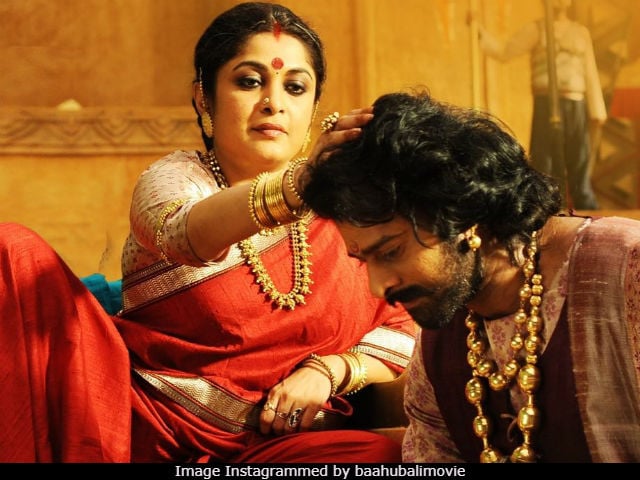 New Delhi: Baahubali fans wept silent tears when Newton, a new film by Amit Masurkar (whose second directed film it is), was zeroed in as India's official entry to the Oscars this year. The second part of S S Rajamouli's ambitious epic series released earlier this year and redefined box office history. A glimpse of Baahubali's unparalleled popularity is its overwhelming box office numbers - Baahubali: The Conclusionhas made over Rs 1500 crores and counting. It became the first Indian movie to have scored so many box office crores. A section of Baahubali fans were looking forward to an Oscar win or at least a nomination for the movie but the director revealed he was not aiming for the golden statuette anyway. When asked if he's disappointed with Baahubali being left out of the Oscar race, Rajamouli told news agency IANS: "Not at all."

"When I make a film, I never think about awards. It is not my aim. The aim is to first satisfy myself with the story and then next is to see that it reaches the maximum number of audience and makes money for everyone who has put their life in it," the director added. The Baahubali series of films were made on a budget of Rs 150 crore - which is only one-tenth of what Baahubali: The Conclusion has brought in.

Rajamouli also added that he measures the films' success in terms of box office crores and the appreciation they've received, adding awards is not the prize he looks forward to: "That is my most important thing. If awards come, then I am happy. If they don't, I don't mind that because they are not at all my criteria." Baahubali: The Beginning opened in 2015 and won two National Awards the following year - Best Feature and Best Special Effects.

With Rajkummar Rao headlining the cast, Newton is currently on the verge of wide-spread popularity. Newton released on Friday, which is also when the cast and crew announced the big news. Trade analyst Ramesh Bala revealed that the socio-political drama was picked out of 26 films by a jury of 14 members. Newton casts Rajkummar as a polling agent, a character which has been described by film critic Raja Sen as "irritatingly earnest" in a corruption plagued setting.

Very happy to share this news that #NEWTON is India's official entry to the #OSCARS this year. Congratulations team.

Promoted
Listen to the latest songs, only on JioSaavn.com
Last year, India hand-picked Visaranai for its official entry to the Oscars. Critically acclaimed movies like Court and Liar's Dice had also been selected for the Oscars previously but India has never won in the Foreign Film category.