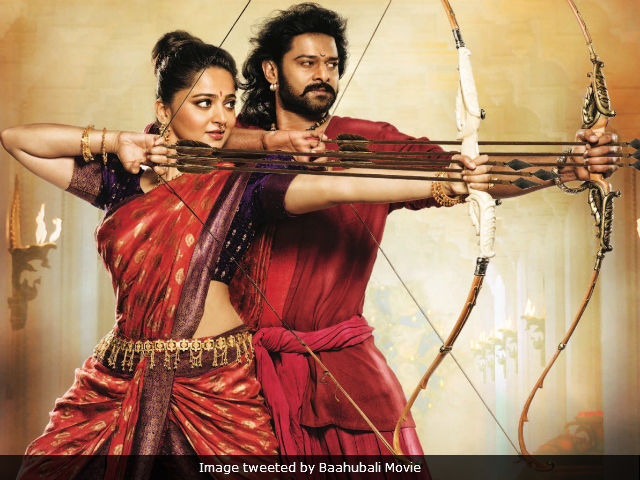 Prabhas and Anushka Shetty in Baahubali: The Conclusion.(Image courtesy:Baahubali Movie)

New Delhi: The blockbuster success of the Baahubali films owes much to director S S Rajamouli's older hit Magadheera, producer Shobu Yarlagadda said, reports news agency IANS. Magadheera, starring Rama Charan Teja and released in 2009, was a fantasy film peopled by warriors and princesses - just like the Baahubali universe. Armed with the experience and knowledge gained from making Magadheera, S S Rajamouli was able to navigate two obstacles while strategizing for Baahubali - film length and giving it a pan-Indian identity, revealed Shobu Yarlagadda. He was speaking at the Indian Film Festival of Melbourne.

First off, the makers decided the film would release in two parts. "The problem was the length - it couldn't fit into three hours. We weren't sure to let go of the story. That's why we thought to do it as a two-part film. Rajamouli wanted to go back and try to accommodate it in a three-hour single film, but we stopped him from doing so," Shobu Yarlagadda said, reports IANS.

The second aim was to work towards releasing the film across the country "We started working on the Hindi release right from the first day and knew we had to do more to make it work pan India," Mr Yarlagadda said.

"I had confidence in Rajamouli. The challenge was timeline and to stick to the budget. But we did surpass our deadline and budget. It started as a Rs 120 crore project and then it went further," said Shobu Yarlagadda, who also produced Mr Rajamouli's 2010 film Maryada Ramanna.

Promoted
Listen to the latest songs, only on JioSaavn.com
The two Baahubali films, subtitled The Beginning and The Conclusion, star Prabhas, Rana Daggubati, Ramya Krishnan, Sathyaraj, Anushka Shetty and Tamannaah Bhatia in the pivotal roles. The first Baahubali film released in 2015, won the National Award for Best Feature Film and raked it in at the box office. Baahubali 2 released in April and multiplied business many times over, shattering several records in the process.