"Since today is Rishiji's 11 month prayer meet, felt like sharing some moments from our last trip to NYC," wrote Neetu Kapoor 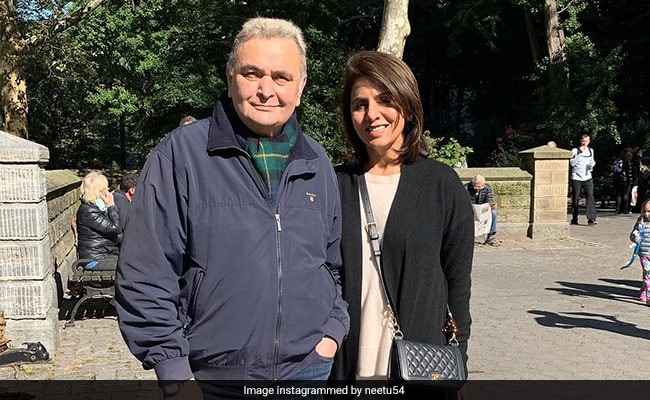 A throwback of Neetu and Rishi Kapoor from NYC. (courtesy: neetukapoor54)

Neetu Kapoor and her daughter Riddhima Kapoor Sahni remembered Rishi Kapoor on Thursday, which marked the late actor's 11 month prayer meet. Neetu Kapoor posted a video from her and late husband Rishi Kapoor's last trip to New York. In the throwback video, Rishi Kapoor, being his candid self, can be seen singing and smiling away. "Since today is Rishiji's 11 month prayer meet felt like sharing some moments from our last trip to NYC," Neetu Kapoor wrote in her caption. Meanwhile, Rishi and Neetu Kapoor's daughter and jewelry designer Riddhima Kapoor Sahni shared a family photo, also featuring brother Ranbir, and daughter Samara and she wrote: "Your love will light our way - Your memory will forever be with us! Always in our hearts."

See the posts shared by Neetu and Riddhima Kapoor here:

Rishi and Neetu Kapoor met on the sets of the 1974 film Zehreela Insaan. They got married in 1980. Rishi and Neetu Kapoor co-starred in films like Khel Khel Mein, Rafoo Chakkar, Kabhie Kabhie, Amar Akbar Anthony, Duniya Meri Jeb Mein and Zinda Dil, among many others. After their marriage, the actors worked together in films like Love Aaj Kal, Do Dooni Chaar, Jab Tak Hai Jaan and Besharam, which also starred their son Ranbir Kapoor.

Rishi Kapoor died at the age of 67 in a Mumbai hospital in April last year. He was diagnosed with cancer three years ago and flew to New York for treatment. He returned to Mumbai in September 2019 after having spent nearly a year in the US. He is survived by his wife Neetu Kapoor, son Ranbir and daughter Riddhima. His last project was the 2019 film The Body. The actor had also signed a project with Deepika Padukone, which was to be a remake of Anne Hathaway and Robert De Niro's The Intern.