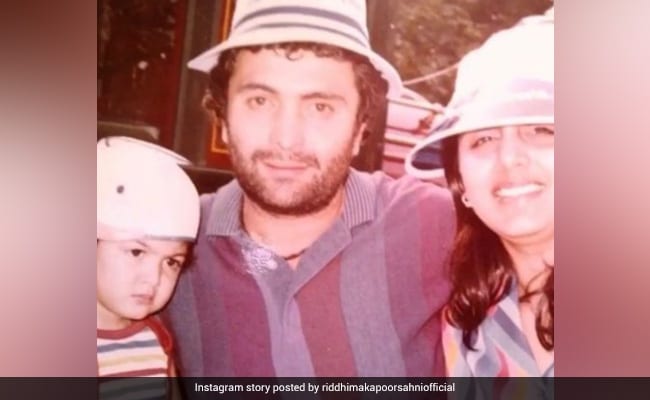 Rishi Kapoor and Neetu Kapoor's daughter Riddhima Kapoor Sahni flipped through the pages of her family album and shared a million-dollar throwback picture on Tuesday. The photo is from her childhood. In the vintage photo, Rishi Kapoor can be seen posing with wife Neetu and tiny Riddhima for the camera. His striped t-shirt and cap look cool. Neetu Kapoor and Riddhima can be seen twinning in multicoloured tops. The actress completed her look with a white hat, just like Rishi Kapoor's. Sharing the photo on her Instagram story, Riddhima Kapoor Sahni captioned it with red heart icons. Rishi Kapoor died on April 30 in Mumbai last year. 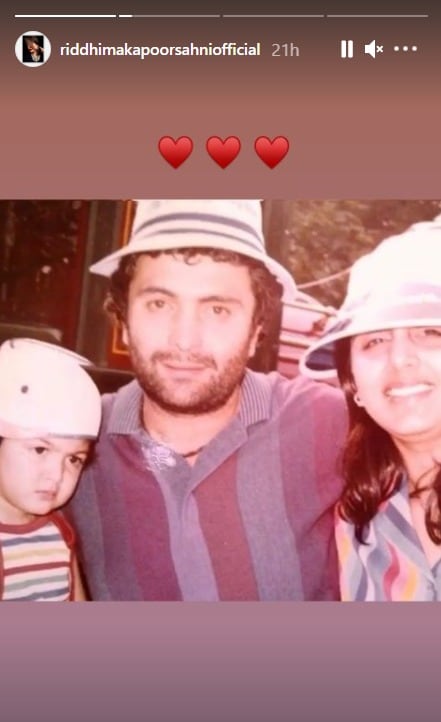 Rishi Kapoor was diagnosed with cancer in 2018 and underwent treatment in New York the next year. He returned to Mumbai in September 2019 and after few months, died at the HN Reliance Foundation Hospital at the age of 67 last year.

Riddhima Kapoor Sahni frequently shares old pictures of the evergreen actor on her Instagram story. Some of her previous posts are here: 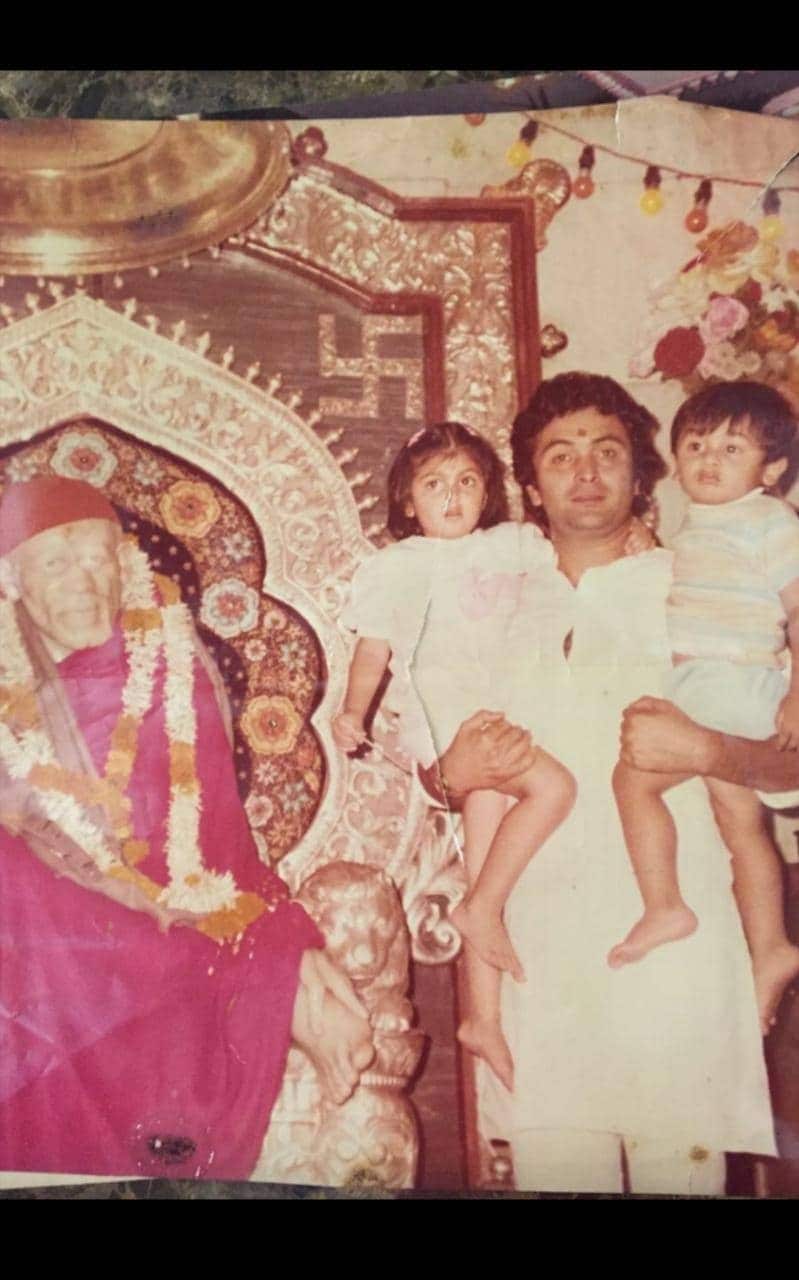 Rishi Kapoor was known for his performances in films like Bobby, Rafoo Chakkar, Khel Khel Mein, Laila Majnu, Prem Rog, Saagar, Nagina, Honeymoon, Chandni, Heena, Bol Radha Bol and Kapoor And Sons, to name a few. He was last seen in the 2019 film The Body.