Neena Gupta Signed Badhaai Ho Without Even Reading The Script. Here's Why 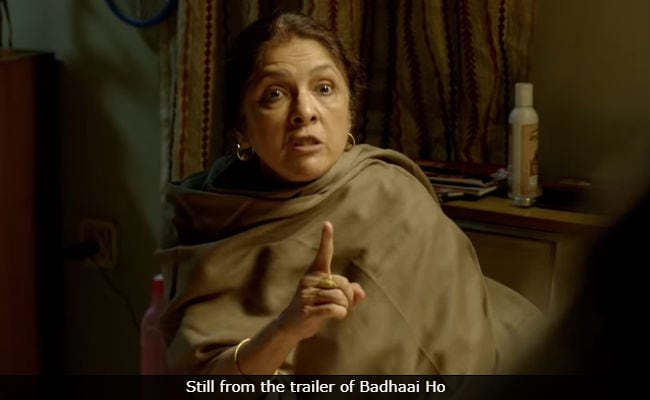 Neena Gupta, who earlier said that actresses her age do not get good roles, is killing the Internet with her ROFL role in upcoming film Badhaai Ho. The trailer, which depicts the story of a middle aged couple with a grown up son about to become parents again, released on Tuesday and it instantly went viral. Speaking to news agency IANS, Neena Gupta said that she did not read the script of Badhaai Ho and came onboard the project because of the interesting subject. "I did not even read the script of the film because the subject was so interesting. Female actors of our age don't get a chance to play such interesting characters. This phase of our life is not addressed only in our Hindi cinema. But I think the change is happening because of the youngsters who are writing such scripts," Neena Gupta said.

The trailer of Badhaai Ho has over 10 million views as of now. Watch here:

Last year in July, Neena Gupta posed a picture of herself asking for work. Neena Gupta's daughter Masaba Gupta in turn shared the post on her Instagram page and wrote: "She told me they don't write for women her age anymore... I don't think anyone can replicate what she did for TV (Neena Gupta is best known for her role in Saans) anymore... She complains that she can't do PR but says 'I do good work, that's my PR'... time and again we've spoken about how whatever she asks for... in due time, she gets."

After the above post, Neena Gupta was cast in Shashanka Ghosh's Veere Di Wedding and Abhinav Sinha's Mulk. She also starred in a short film Khujli with opposite Jackie Shroff.

The film will open in theatres on October 19.