From the trailer, Badhaai Ho appears to be a must watch family comedy. 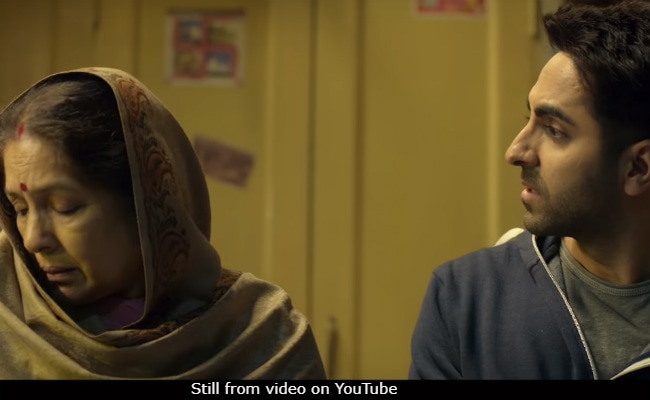 After days of promotion, the trailer of Ayushmann Khurrana's new film Badhaai Ho is finally here and trust us when we say this, the trailer does live up to the hype. "Dekh lo sab log! Jaanni thi na 'khush khabri'?," Ayushmann tweeted on Tuesday as he shared the trailer. The surprise element is right at the beginning of the trailer, when Ayushmann's onscreen mother, played by none other than Neena Gupta, is declared pregnant. It appears that Ayushmann's father, played by Gajraj Rao, is quite a colourful character and romantic at heart, who is mercilessly trolled by his mother as he breaks the baby news to the family.

The only one who is absolutely chill with the baby announcement appears to be Sanya Malhotra, who plays Ayushmann's girlfriend in the movie. The trailer is filled with hilarious one-liners and how Ayushmann and family deal with "mummy papa ka mishap" and subsequently "society ka crap". Neena Gupta, who plays a middle-aged housewife, delivers just a few dialogues in the trailer but speaks a thousand words with her brilliant expressions - mostly those of anger redirected towards her loving husband. Meanwhile, Ayushmann is tired of dodging congratulatory messages from friends and neighbours.

The trailer last offers glimpses of celebrated actors like Surekha Sikri (Ayushmann's grandmother in the movie) and Sheeba Chaddha (who plays Sanya's onscreen mother). From the trailer, Badhaai Ho appears to be a must watch family comedy.