Neena Gupta's picture from her 90s cult show Saans has made the Internet very, very happy 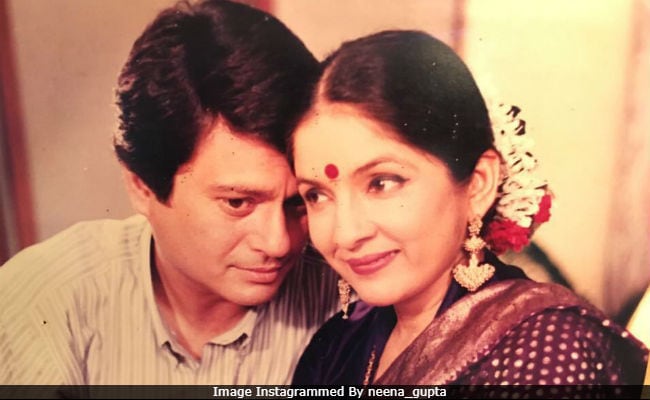 Actress Neena Gupta's recent Instagram post, a picture from her 90s cult show Saans, has made the Internet very, very happy. Folks are revisiting the memories from one of their 'cherished shows' from the 90s and a section of people have also asked Ms Gupta to release it on Netflix and other platforms. "It was the most beautiful TV serial ever. I remember everyone in my house and we had a big joint family and everyone was hooked onto it. What a masterpiece" and "one of my earliest lessons in empowerment. Such a graceful presence you had throughout the series. Your resilience is one to be emulated," are some of the several comments posted on Neena Gupta's picture with her co-star Kanwaljit Singh.

Not only was the show a hit but Neena Gupta's big red bindi had almost become like a style statement. "I remember my mum wearing her bindi like you did on the show," a user commented.

The story of Saans focused on a love triangle between the characters Priya (Neena Gupta), Gautam (Kanwaljit Singh) and Manisha (Kavita Kapoor). Saans was also directed by Neena Gupta, for which she won several accolades. It premiered in 1998.

Neena Gupta celebrated her 64th birthday on Monday and her daughter Masaba wished her with two beautiful throwback pictures.

I have your eyes with all the stars in them ... AND the ability to keep my chin up,always. Lucky me! Happy birthday #neenaji

Neena Gupta had posted this.

Masaba is Neena Gupta's daughter with and Vivian Richards, former West Indies cricketer, when they were dating in the Eighties. Neena Gupta is now married to Vivek Mehra. Masaba, a famous fashion designer, is married to Phantom Films co-owner Madhu Mantena. Neena Gupta is currently busy promoting The Last Colour, her short film.