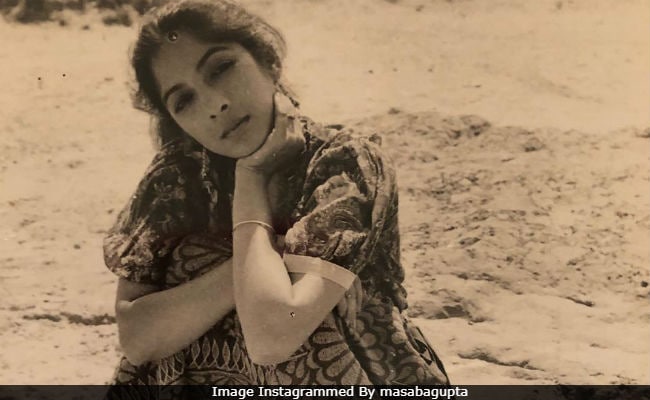 New Delhi: "Wow, what a beauty. I have seen her personally when she was in her late 20s. Awesome then and now" and "your mother is an absolute inspiration" are some of the several comments on designer Masaba Gupta's post for her mother Neena Gupta, who is celebrating her 64th birthday today. It's an extremely old picture of Ms Gupta and appears to be taken during one of her shoots. (Neena Gupta, the picture is indeed beautiful). Internet thinks that Masaba bears an uncanny resemblance to her mom and comments like "so pretty. You look like her" have been posted. "Can see the resemblance," designer Wendell Rodricks commented.

Masaba's other post for Neena Gupta's birthday was also a throwback photo but it features the mother-daughter together. "I have your eyes with all the stars in them and the ability to keep my chin up, always. Lucky me!" she wrote.

I have your eyes with all the stars in them ... AND the ability to keep my chin up,always. Lucky me! Happy birthday #neenaji

Promoted
Listen to the latest songs, only on JioSaavn.com
Neena Gupta is currently busy promoting The Last Colour, directed by celebrity chef Vikas Khanna. She also took The Last Colour to Cannes. Bazaar Sitaram and Woh Chokri are Neena Gupta's films for which she won a National Award. Her TV show Saans was a hit. She had also directed it.

Masaba was born to Neena Gupta and Vivian Richards, former West Indies cricketer, when they were in dating in the Eighties. Neena Gupta is now married to chartered account Vivek Mehra. Masaba is a top designer and owns the fashion label House of Masaba. She is married to Phantom Films co-owner Madhu Mantena.